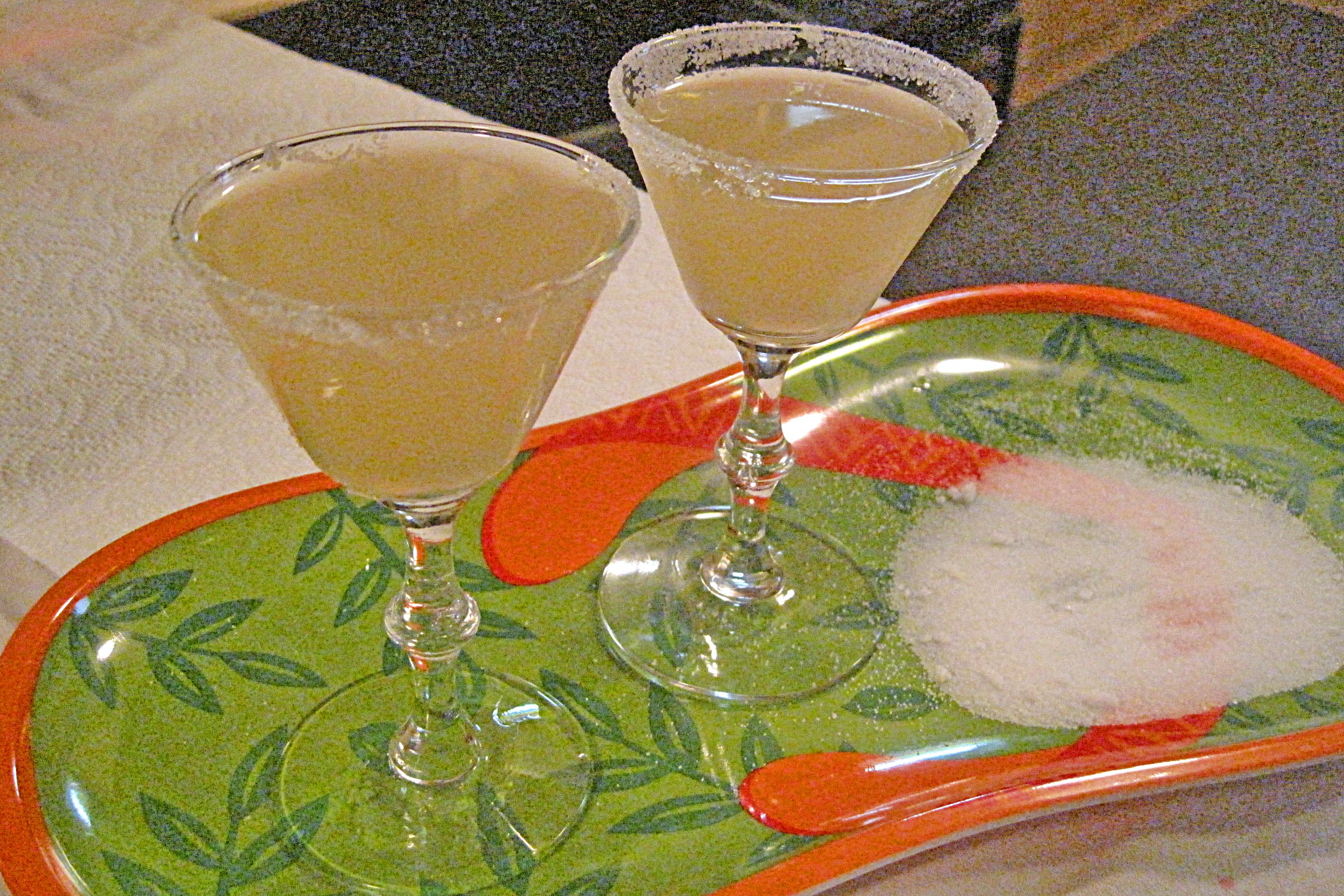 A friend asked me for a Margarita recipe, and that set me on the rather educational and enjoyable path to this blog post. I was never a fan of the Margarita, nor of Tequila, but when the request came in I knew it was time to challenge my rusty old beliefs in light of new information and experiences. I interviewed bartenders and Margarita drinkers, and made a few to different formulas. It was arduous work, but it had to be done (strictly in the interests of Science, of course!).

There are more ways to make a bad Margarita than just about any other drink - no wonder I never liked them! So I went back to basics. I learned that the Margarita is an old drink, probably from Prohibition times when Americans who could get to Mexico or the islands discovered Tequila and Rum-based cocktails.

The classic Margarita is of the Daisy class of drinks, which in their most basic incarnations feature a base liquor, some citrus juice, and a sweet liqueur, shaken with ice and served in a cocktail glass. Before Prohibition began, you could order a Gin Daisy, a Whiskey Daisy, and a Brandy Daisy, all of which had a few variations with their own names. For example, a Sidecar is a Brandy Daisy that uses cointreau and lemon juice.  A classic Margarita is a Tequila Daisy.

Note that margarita is the Spanish word for daisy (the flower).

I did a lot of research, trying different formulations. I started with the classic 1:1:1 mixture, but I didn't care for it. Eventually I ended up closer to a 3:2:1 formula which is mighty tasty. That is the recipe below.

How about non-classic Margaritas?

Well, let's admit that Progress isn't always an unalloyed blessing. It's not that I long for the Good Ol' Days of  polio, Jim Crow laws, and cars without air conditioning, but the Classic Margarita didn't need to be improved in some of the ways we see it today. I had one made by a local bartender that was served in a pint glass filled with crushed ice, then the drink was stirred into the ice and a straw stuck in it. I don't know why he bothered to put salt on the glass and a straw in it too... It was somewhat refreshing, but it was one of those drinks like a spiked lemonade designed to cool you down and chill you out (which is OK if that's all you want) but it was hard to enjoy the flavors.  the blender version is more of the same.  Worse than that is when they mix weird alchemical powders from New Jersey labs into it, or replace God's-honest limes with "sour mix". And of course I don't mean to be prudish, but if it has strawberries instead of lime, then it should have a different name, maybe a Rosita or something.

I guess in the end I have a new respect for the much-abused Margarita. Properly made it can be a fine cocktail to sip and enjoy on an August evening, which it exactly what I plan to do tonight!

Shake with ice and serve in a salt-rimmed cocktail glass.

About the Tequila: I used Cuervo Gold Especiale because we have a jug of that at the club and I can't seeing mixing Patron with other ingredients. It worked fine, but I would love to try the same formula with some better tequilas - if you have some that you are willing to share in the interest of Science, please feel free to bring it down to the club.

About the salt: It is amazing the difference that the salt makes to wake up the flavor of the tequila. The genius of the salt-rimmed glass is that if you want salt, you have it, and if you don't you can just sip from a part of the glass where it's been removed. Use coarse salt like Kosher salt or coarse sea salt.