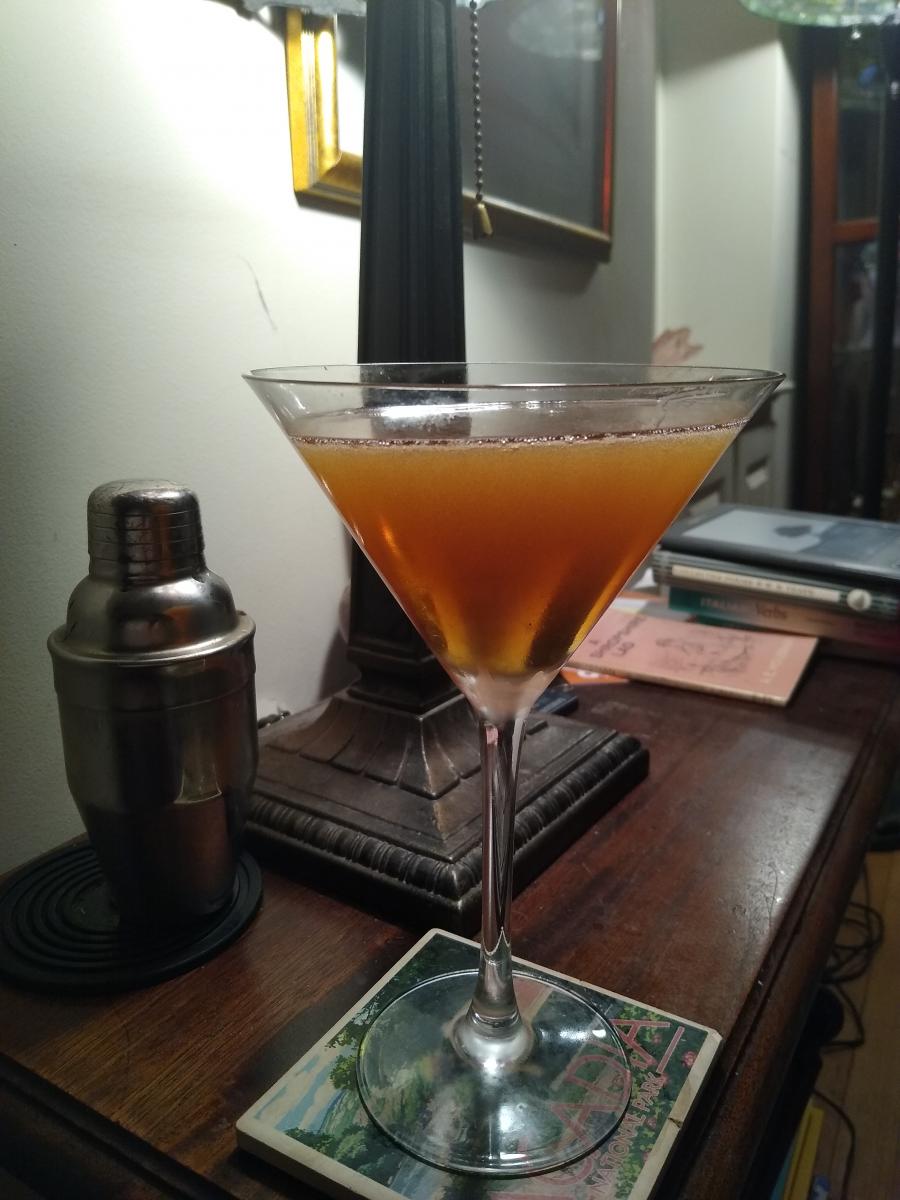 Rory O'More was an Irish nobleman of an ancient lineage ruined by the British Crown, and one of four leaders of the Irish Rebellion of 1641. He was a dashing figure known for his wit, cleverness, and compassion, and he became wildly popular among the Irish laboring and dying under the British imperial yoke. A generation after the rebellion, Oliver Cromwell attempted to destroy the Irish people and killed (by some estimates) a third of them. Almost two centuries (and some more rebellions) later, the Great Hunger saw the loss of a third again. Then came hard-won independence... By the time of the Golden Age of the Cocktail, is it any wonder that the many Irish descendants in America would name a cocktail after this hero?

This is essentially a Manhattan Cocktail made with Irish Whiskey and orange bitters. I like it with Powers Gold and Dolin vermouth.