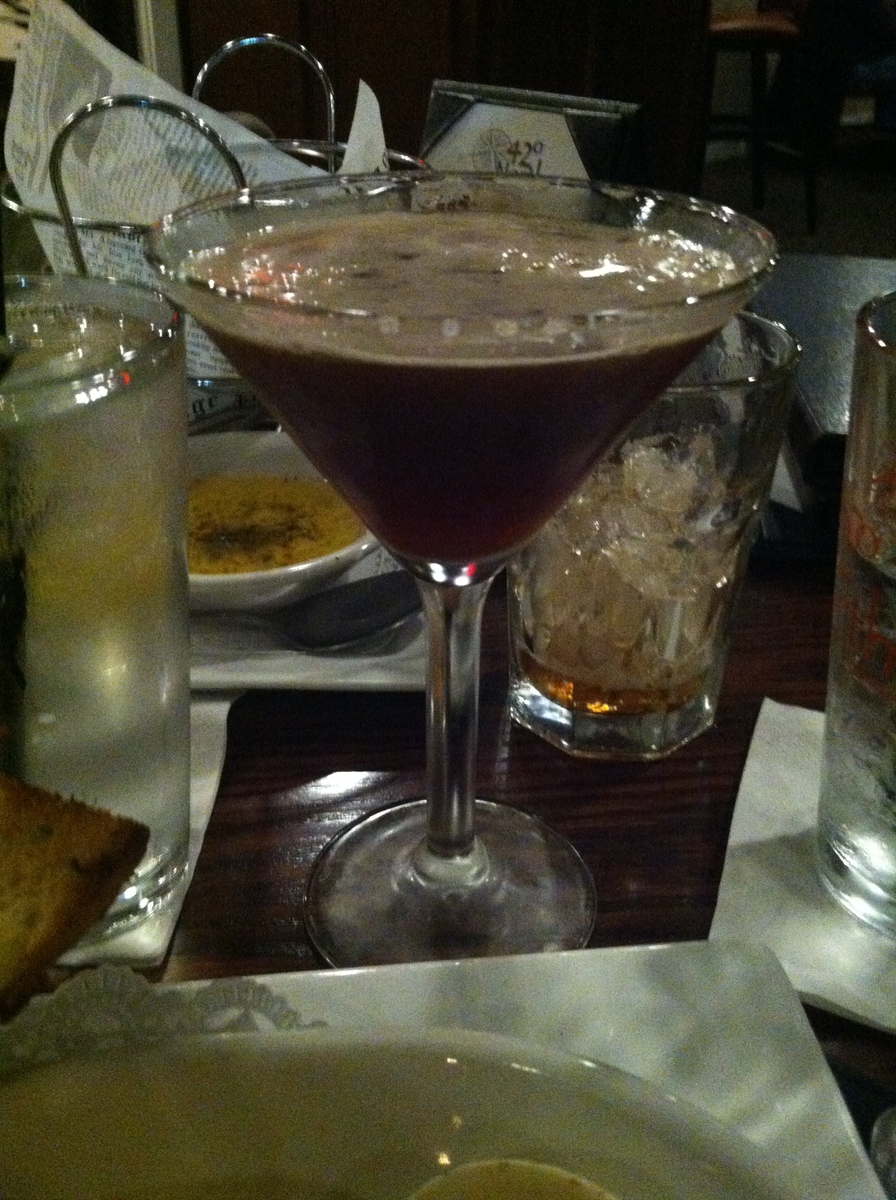 Richmond and I were at the Old Colony Club pondering a bottle of Ballantine Scotch. Ballantine is an old brand, an inexpensive blended whiskey from before the single-malts took over. Nowadays people think of Scotch as a high-end product, but once it was a simple barley-malt whiskey sharing the lower shelves with its brothers of the corn and rye branches of the family.

After much perusal of a well-thumbed Mr Boston cocktail book, I decided to give this a try, and it was a delight!

The thing to remember is this: inexpensive old blends like Ballantines were made for mixing. Don't put it down as inferior to Lagavulin or MacAllan 18-year, enjoy it for what it is - a good ingredient for long-lost Scotch-based cocktails.