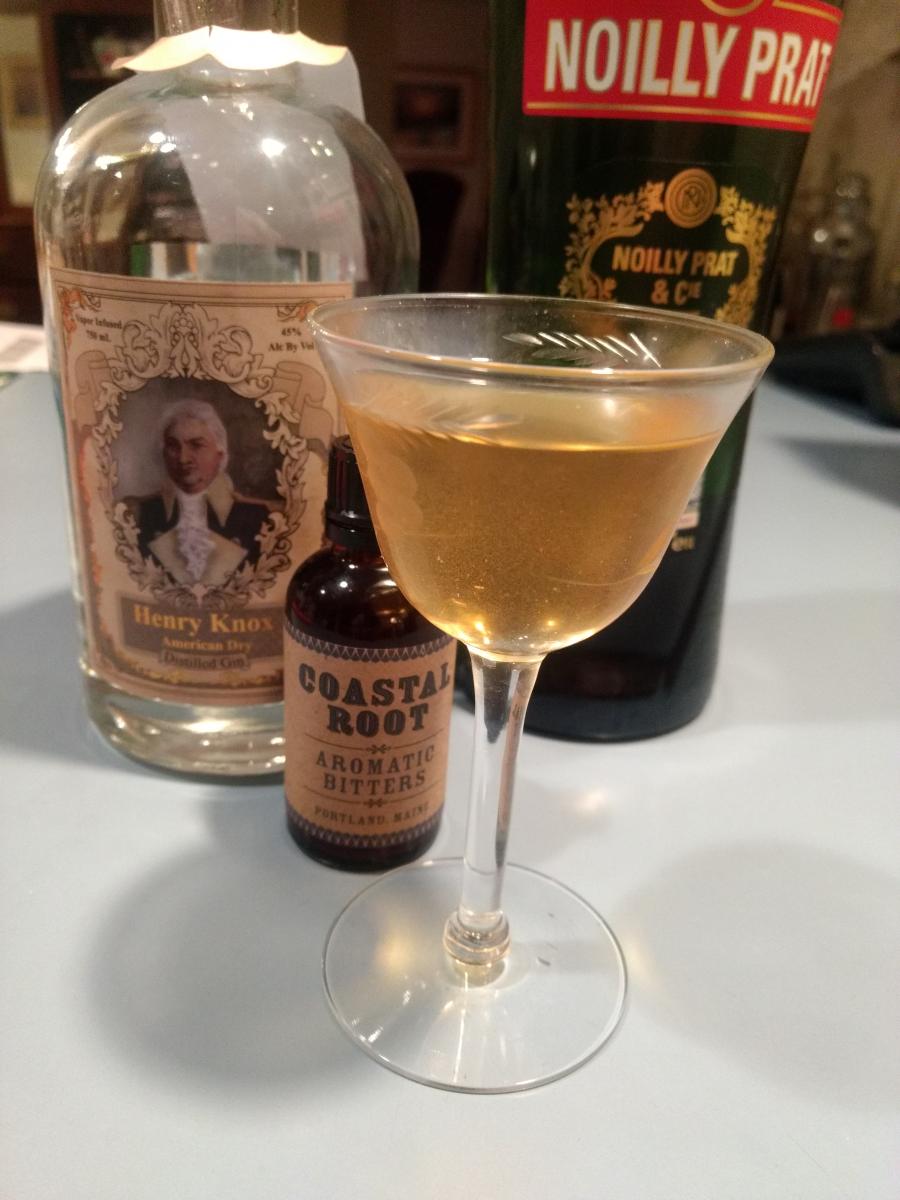 This is a potent little cocktail, being almost entirely gin!

When I discovered Djinn Spirits' Henry Knox gin, I knew exactly which cocktail to try it in. In 1775, Henry managed the transportation of 60 tons of captured British artillery 300 miles from Fort Ticonderoga to Boston, where it was instrumental in forcing the British Evacuation. Knox ultimately became our first Secretary of War (now called Secretary of Defense).

I made this with the Henry Knox gin and with the Coastal Roots (of Portland) Aromatic Bitters; it was perfect!