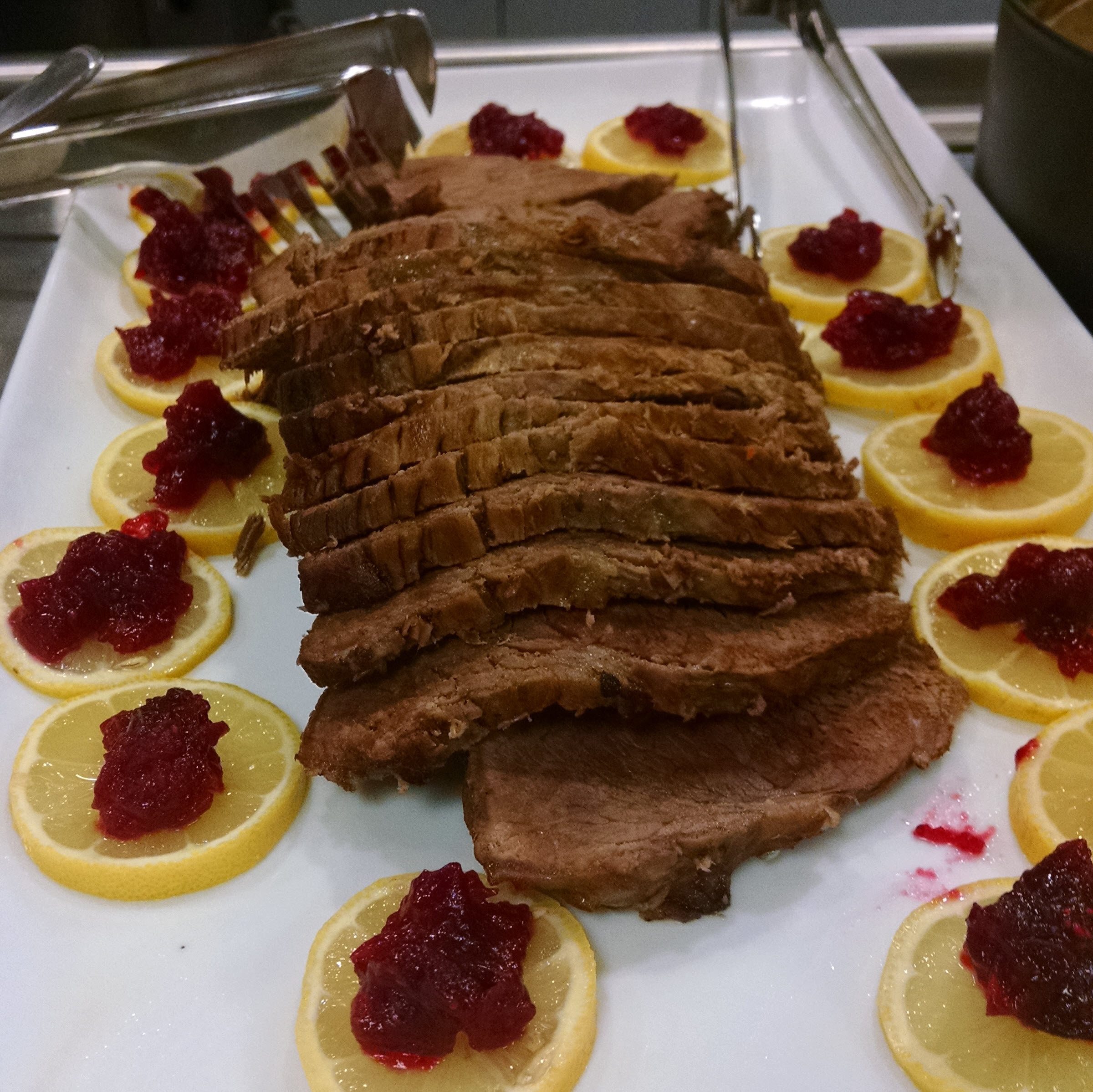 Svíčková na smetaně (hereafter simply svickova) is classic Czech home cooking, but it is often made for fine dining events as well.

It's a braised sirloin of beef with a sauce of pureed vegetables and cream, traditionally served with fluffy knedlicky (bread dumplings sliced with a thread).

I made this with my Czech friend Jana in November of 2015, when the coming winter mader her think of her father's Svickova back home in Prague!