Here's another FoodiePilgrim exploration of the less popular foodways: chitterlings, or chitlins, a soul food classic with a reputation even worse than that of Haggis. 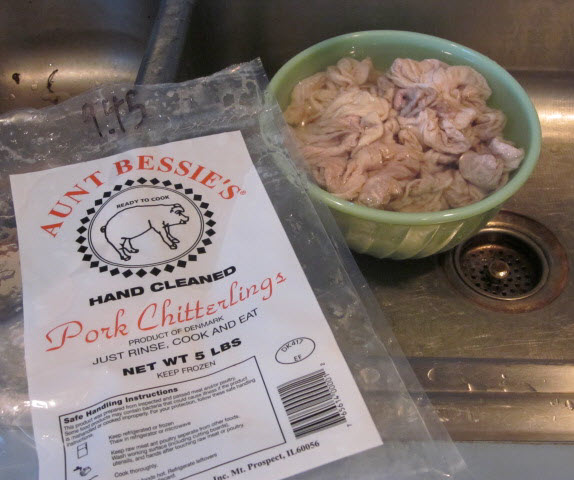 I found a 5-lb block of Aunt Bessie's brand frozen chitterlings at Fairway Beef in Worcester (where all the cool stuff is), so naturally I bought it figuring I would find an excuse to cook it some day.

Last Sunday was the day. Lorna, a piscene vegetarian, would be out of the house all day through dinnertime with a girlfriend, and it was too late for Richmond and Annette  to come up with alternative plans! 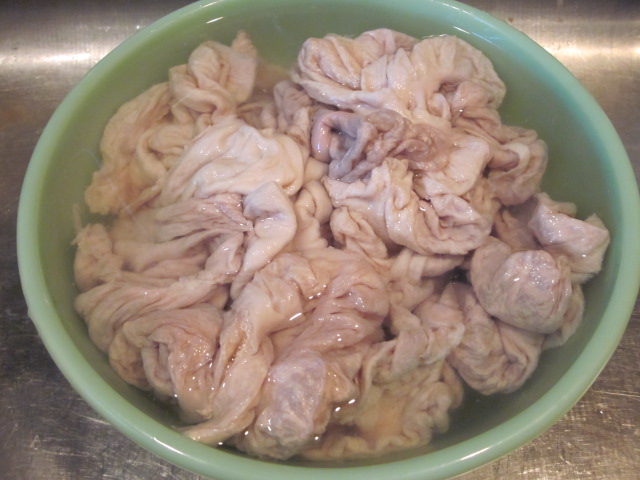 I had had the chance to talk to my old friend Charlie about chitlins. He had some experience with them, and gave me a few tips:

I used the recipe from the Joy of Cooking. 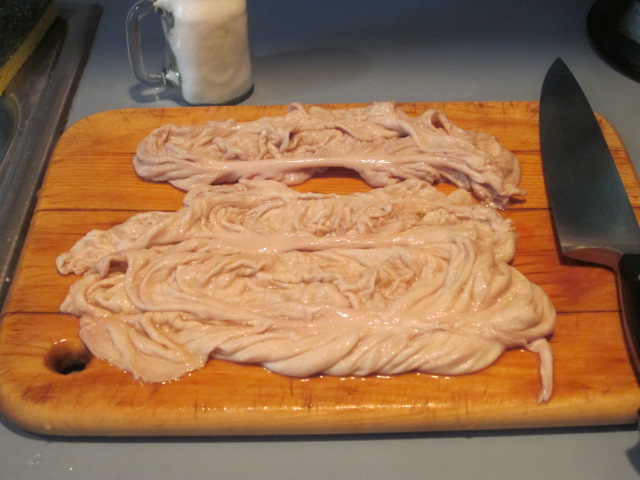 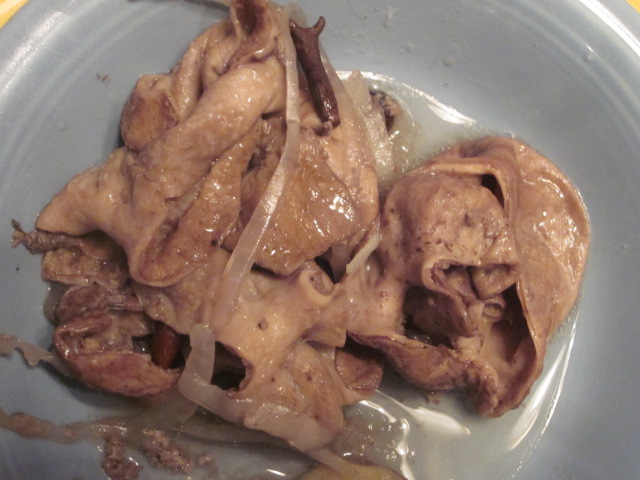 Annette had tried chitterlings once before, in France, and said these were about as good, opining that you can't make a silk purse from a sow's intestine.

I have to agree - this is the sort of thing that people ate when there was nothing else to eat. Describing it to my friend Dennis later, I said that with the pig, people will eat everything but the oink, but this is about the last bit you get to before the oink.