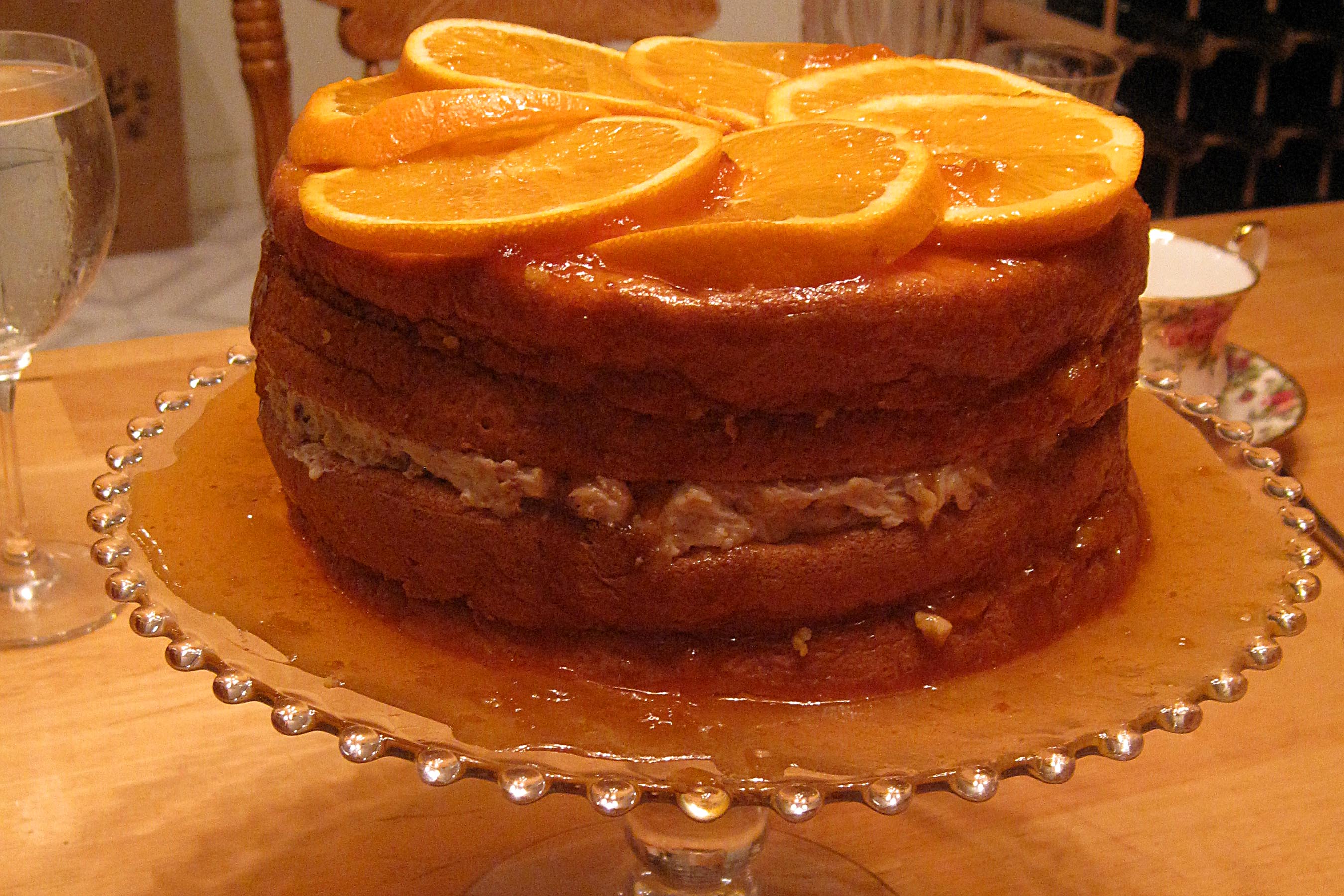 This spectacular and spectacularly delicious cake is a pain in the neck to make, but it never fails to get rave reviews.

It requires time and attention; for best results, don't rush this cake.

You will make this in four parts, plus final assembly:

One of the most difficult things about this cake is finding room for it to cool. In cold weather, I cover it and put it in the trunk of my car!

It is important to take your time with this cake. There are two steps where the cake has to cool - once when the cakes come from the oven (so the buttercream doesn't melt), and the second time to chill so it can be sliced without falling apart.

Don't worry about including the orange rinds on the top; they make it very pretty, and they are not too tough for eating.

Source
adapted from Please to the Table