Bammy, a descendant of an old indigenous Arawak indian food, nearly went extinct about 20 years ago. It was saved by the government of Jamaica with help from the UN Food and Agriculture Organization and a handful of enterprising and hardworking Jamaican women. This in turn saved the livelihood of many Jamaican subsistence farmers who survived on their meager surplus of cassava root.

Bammies are a simple food, and as with many simple foods, ingredients and technique make all the difference. It was something of an adventure to work out the identity of the single ingredient... but then the technique beat me. 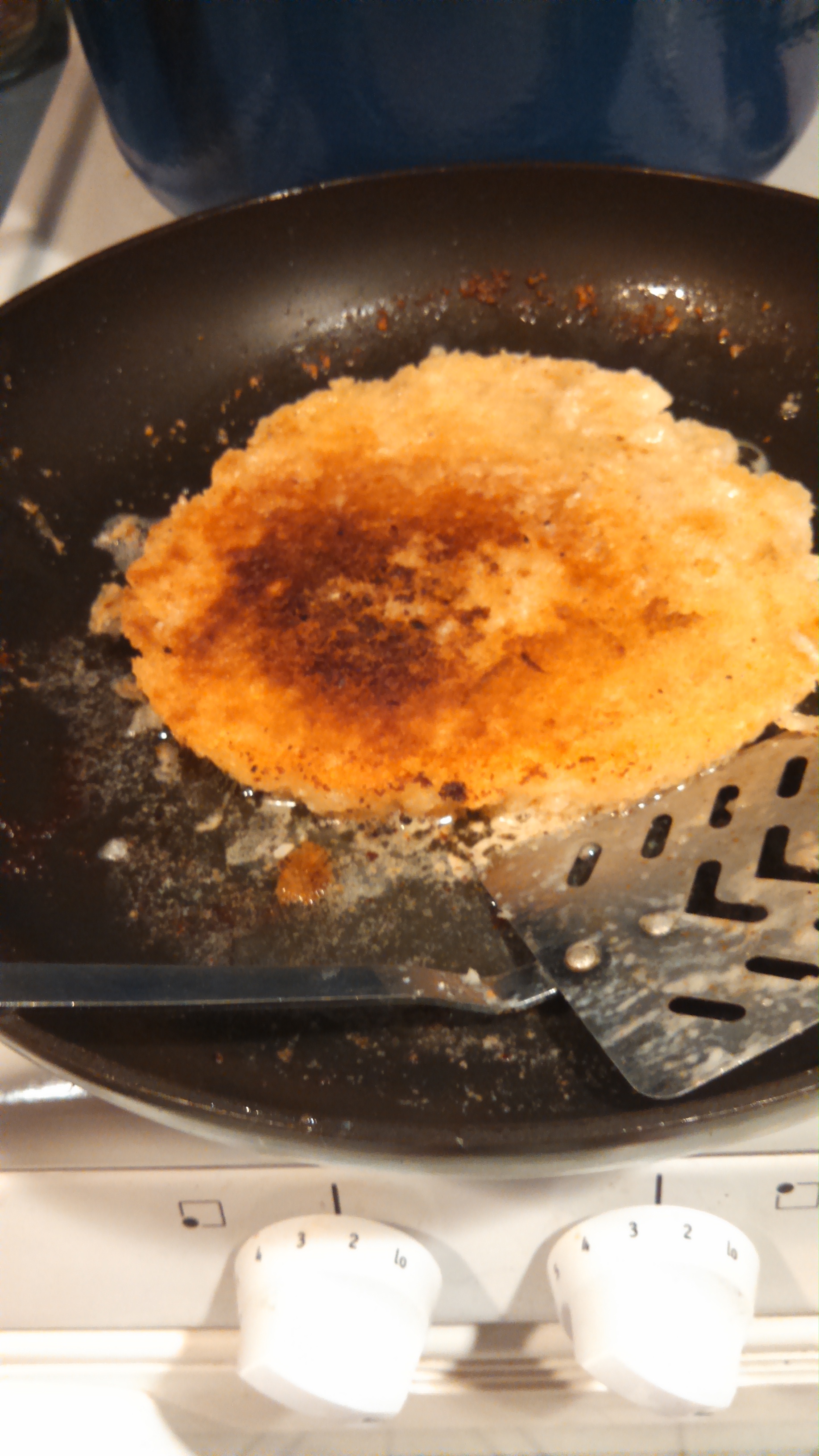 Here's what the recipes say, and how I did it, and how it worked. The recipes are pretty much in unanimous agreement with Enid's recipe, so I can't blame the recipe.

The technique is strange, but then I am not a 16th-century Arawak in Jamaica...maybe it would be common sense to them.

In the end I found the flavor great but the texture more suited to the heel of a work boot than as an accompaniment to Escoveitched Fish.

Read on and see what you think.

Yield
4 Servings
Preparation time
1 hour
Ingredients
2 lb Cassava Root (called Yuca in Hispanic markets)
1 pn Salt
1 Coconut Milk (1 can)
14 oz Water
2 T Butter (Unsalted)
Instructions
Notes
When I made these for John's Jamaican Birthday Dinner, they came out tasty but heavy. I may have been overzealous in squeezing out that toxic juice, but I had no desire to poison my diners. But I think a lighter hand pressing them into the skillet would help, and I might even try adding a little water in the hope that some steam will lighten them up.