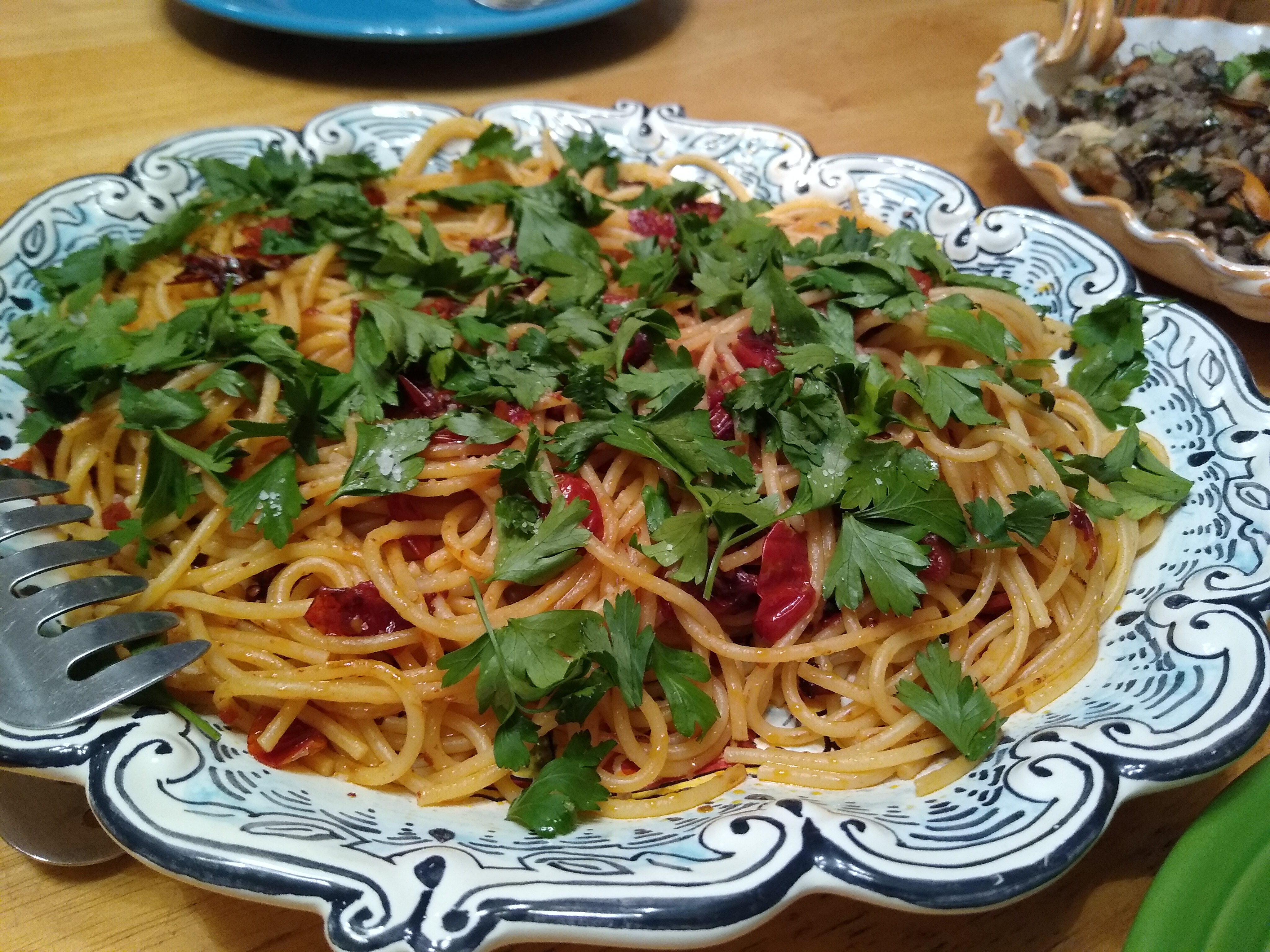 Here's a colorful, simple, and delicious pasta recipe, traditionally served with spaghetti or other long dried pasta, and never served with cheese.

This old recipe took a while to bring into the 21st Century. It uses air-dried cherry tomatoes, which are much more tender and delicate than sun-dried tomatoes. In the old days in southern Italy, cherry tomatoes would be threaded onto strings and hung to dry as a means of preservation and to contentrate their flavor. Today's tomatoes are bred to be shipped to markets far from where they are grown, and their skins are tougher so they don't dry as well. However, preserved semi-dried cherry tomatoes have the same concentrated flavor, see the Notes below.

Yield
4 Servings
Preparation time
15 minutes
Instructions
Notes
You can buy semi-dried tomatoes in a can, if you can find them. I got two cans at Lo Adoro Italian Market on Rte 6a in East Sandwich, on Cape Cod: https://www.loadoromarket.com/
Source
Giuliano Bugialli's Foods of Italy