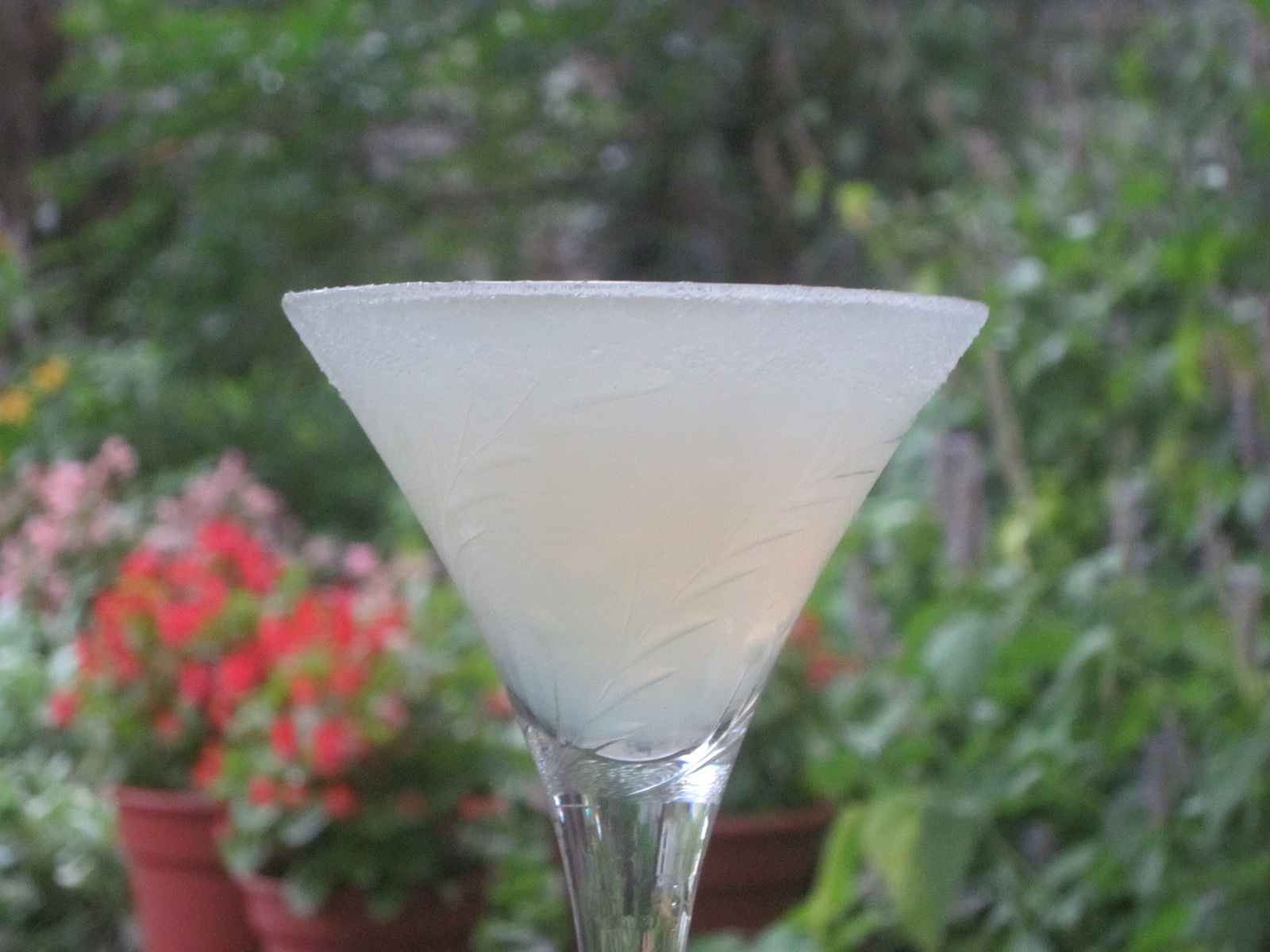 Last July I studied Daiquiris, that classic Cuban summer cooler. There is a lot of lore associated with this classic cocktail, devotees of which notoriously included Ernest Hemingway and John F. Kennedy. I always like a bit of lore to go with my cocktail. 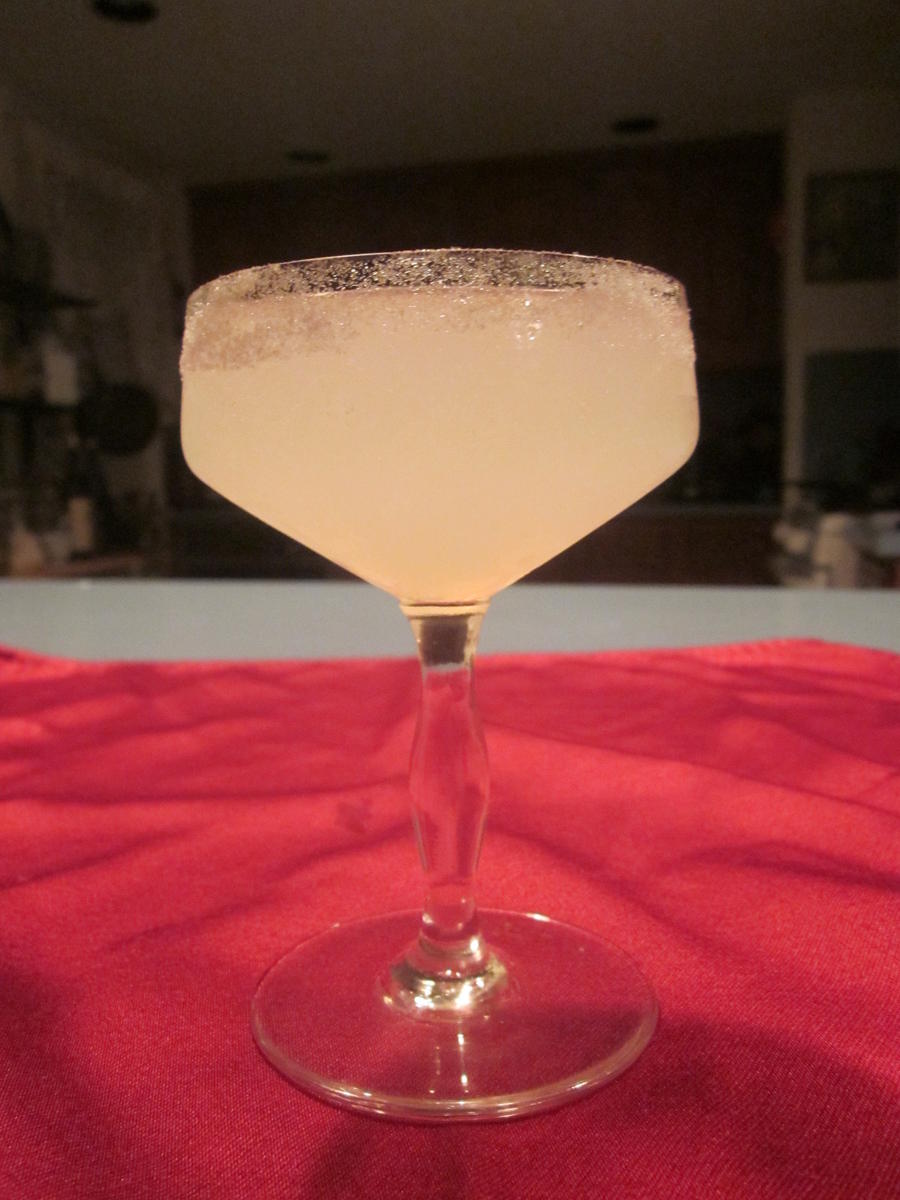 In my opinion, all are excellent, but I have to say the classic version is good for a before-dinner cocktail-hour relaxer, but the original is better for sipping on the porch on a hot afternoon. They all have the same "limeade" base of fresh lime juice and  sugar. Fortunately you can mix up a pitcher of the base recipe and pour it over ice in a tall glass or shake it with ice and put it in a cocktail glass for the buttoned-up crowd.

I tried some variations with more and less sugar and with simple sysrup. Simple syrup didn't work at all. The classic amount of sugar is perfect for a standard store-bought lime.

The Hemingway version (I have seen another that includes a grapefruit,  but never made it) includes the notable addition of the Maraschino. Marashino is a clear, lightly musty, sweet liqueur made from sour cherry pits. I use it in a number of Victorian recipes. It is an inspired addition. I don't know if it was Hemingway's idea or that of his bartender at La Floridita, but if the latter, well he deserves some acclaim too.  I will go a step further in a moment...

The Caipirinha is a delicious concoction that is served by the bucketful in Brazil, but when made with quality ingredients it is a very respectable potion. The Cachaca is key to the exotic flavor, but you can do fine with white rum - then the only difference is serving it over shaved ice as in a Mint Julep. In my humble opinion, going from a Mint Julep in June to a Caiprinha in July is a perfectly natural progression as the Earth tilts increasingly into the torrid zone. Cachaca is available here and there, certainly in New Bedford but I think I got my bottle in Plymouth or else in Milford. 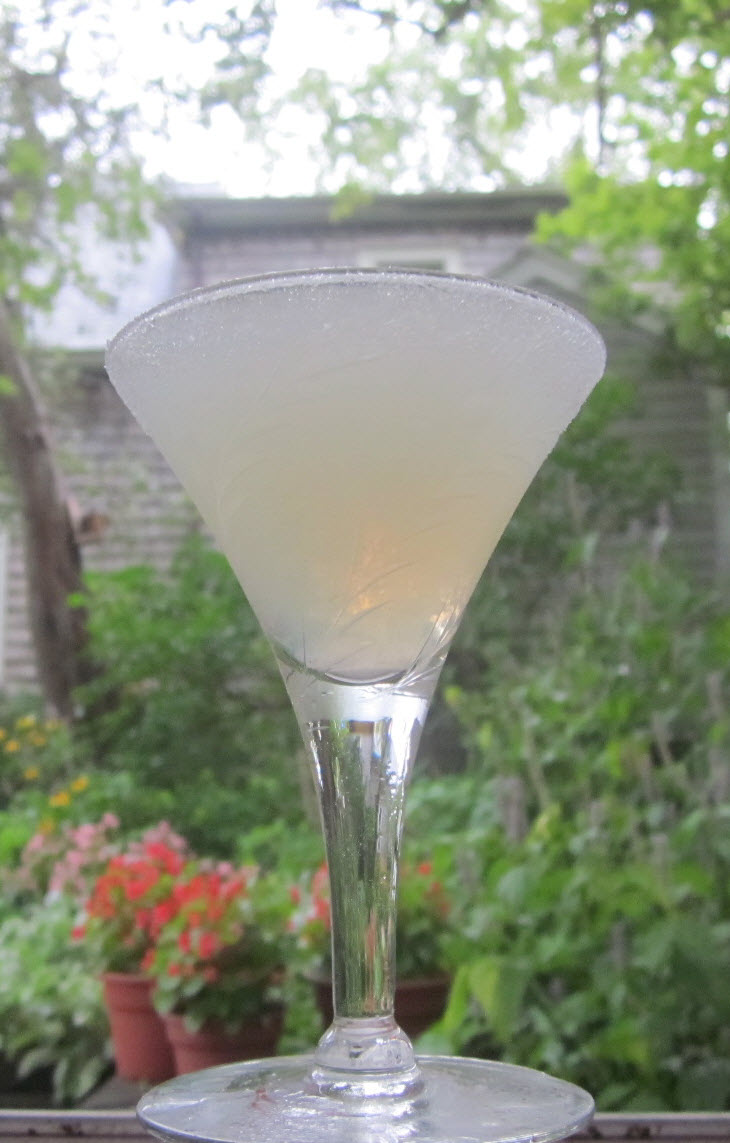 I think the Maraschino is a fine addition. The shaved ice - not so much. There has been a great frosty wave of frozen blender drinks in recent years and I have yet to find one worth the ingredients that are wasted in it. If you spend your own hard-earned shekels on quality rum or other liquor, why fill it with ice chips? Even the attractive clear cubes that you buy in a bag were once plain water from some factory tap somewhere. Until I can buy Poland Spring crushed ice, I can't shake the feeling that I am adulterating some of my favorite fine ingredients with ice from Secaucus Springs or someplace.

The crushed ice certainly keeps the drink cool on a hot day, until it melts. What's wrong with ice cubes from the water I cook with and drink every day? We have good water in Plymouth; indeed had we not the Pilgrims would have settled elsewhere.

So here's my verdict: Make the classic cocktail if you need a cocktail and the original if you are sitting on the porch. Maybe add a bit of Maraschino if you have it... but by all means if you can get the Cachaca then add the Maraschino as well and served it over ice cubed in a tall glass.

For a more professional take on this classic cocktail, read Mark Holmes' thoughts on his Cardiff Cocktails blog.