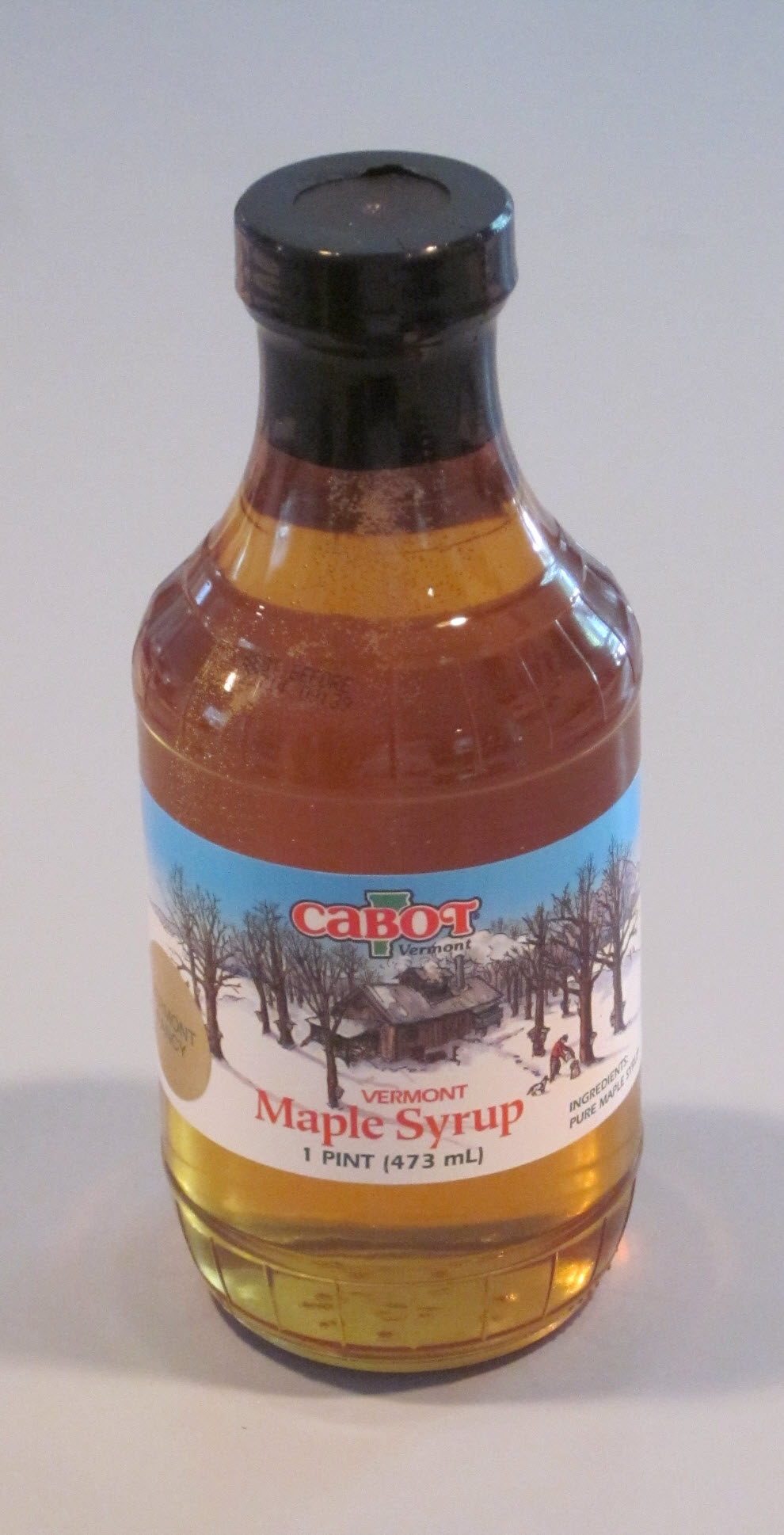 Maple Syrup is the quintessential New England sweetener. It can be tricky to cook with, but plenty of recipes exist, so there is no need to restrict its use to pancakes!

Recipe on this site include the Maple Cream Pie, the Chestnut-Stuffed Pumpkin, the Chicken with Pecans and Maple Bourbon Butter, and the delightful Van Vleet cocktail.

Maple Syrup comes in different grades, depending on how dark it is.  In Vermont, the grades are:

Who makes the best maple syrup? You can get it from Canada, Maine, New Hampshire, Vermont, and Massachusetts, sometimes in Connecticut, and upstate NY.  Canada and the US have similar rules for grading syrup, and the New England states largely follow USDA guidelines, except for Vermont and New Hampshire, which require slightly higher sugar content.

Sap for maple syrup comes mostly from Sugar Maples and Black Maples, although the common Red Maples also produce sap of sufficient sweetness. It takes 30-40 gallons of sap to make a gallon of syrup.

Maple Sugaring time starts in late February and extends into early April, culminating for many at Maine Maple Sunday, New Hampshire Maple Weekend, or the annual Vermont Maple Festival away up in St. Albans, VT.

The sap is collected in buckets, sometimes linked by many yards of plastic tubing, and then boiled down in a shed called a sugarhouse. You can read all (really all) about it in this 30pp Connecticut Maple Syrup Producers Manual.

Many sugarhouses have restaurants. Here's a list of Massachusetts sugarhouses and a great link to the Vermont Maple Sugar Makers Association.

The trees have to freeze all day in the winter and overnight into the spring, so global warming is pushing the southern edge of the range northward. The unseasonably warm early spring in northern New England in 2012 threatened that year's production.