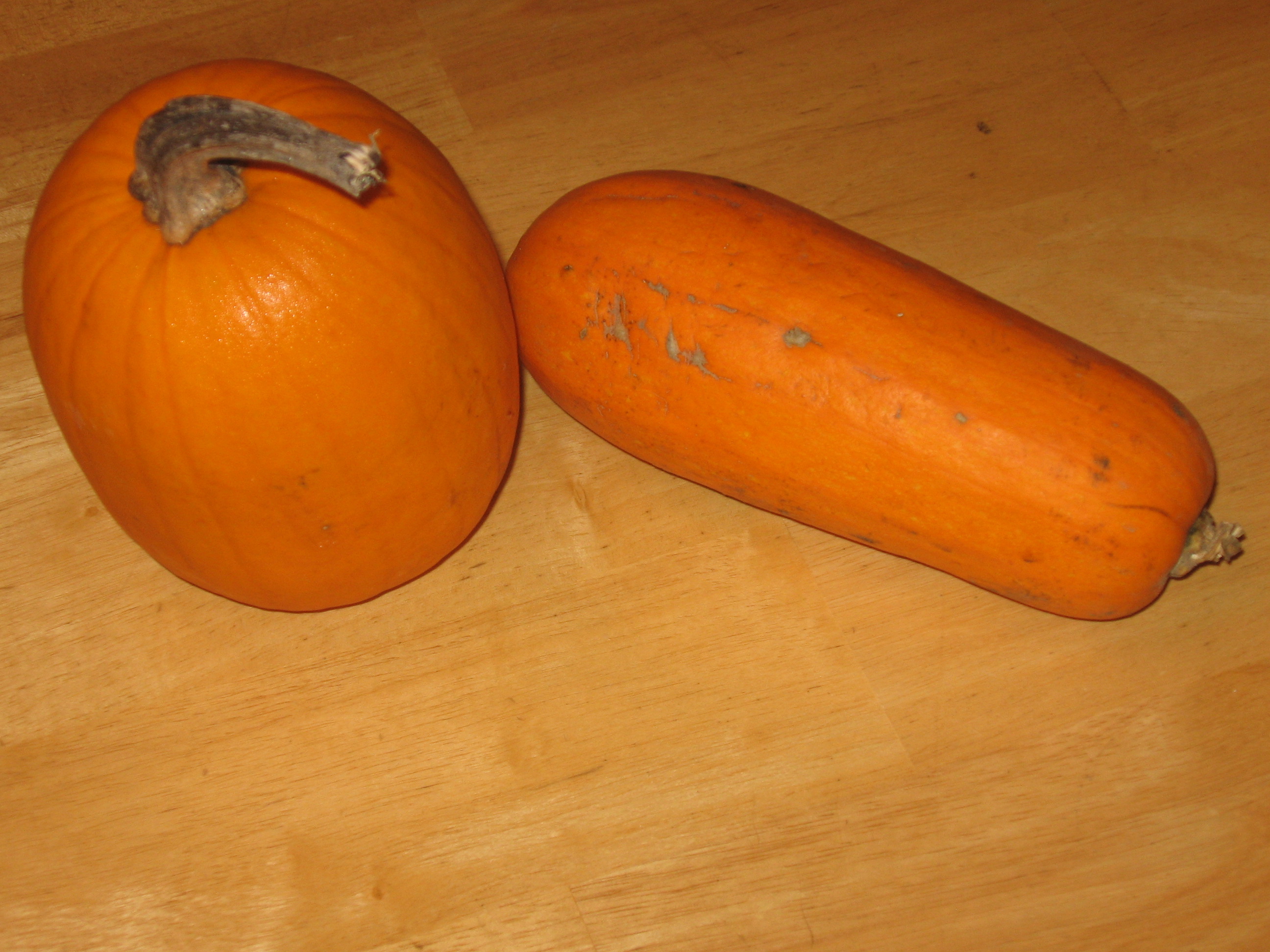 We discovered the Long Pie Pumpkin (on the right, beside a traditional Sugar Pumpkin) at the Brattleboro Vermont Farmers Market.

I cooked it up alongside a Sugar Pumpkin and the four of us found the two virtually indistinguishable in taste. Now it must be noted that 2011 was very wet, and an awful year for pumpkins. It wasn't so swell for Vermont, either - remember the awful floods brought by Hurricane Irene!

We will try another pumpkin comparison when they have a chance to show their best features. For now it appears that the best feature of the Long Pie Pumpkin is strictly mechanical - it has a great shape for cutting, seeding, and cooking.