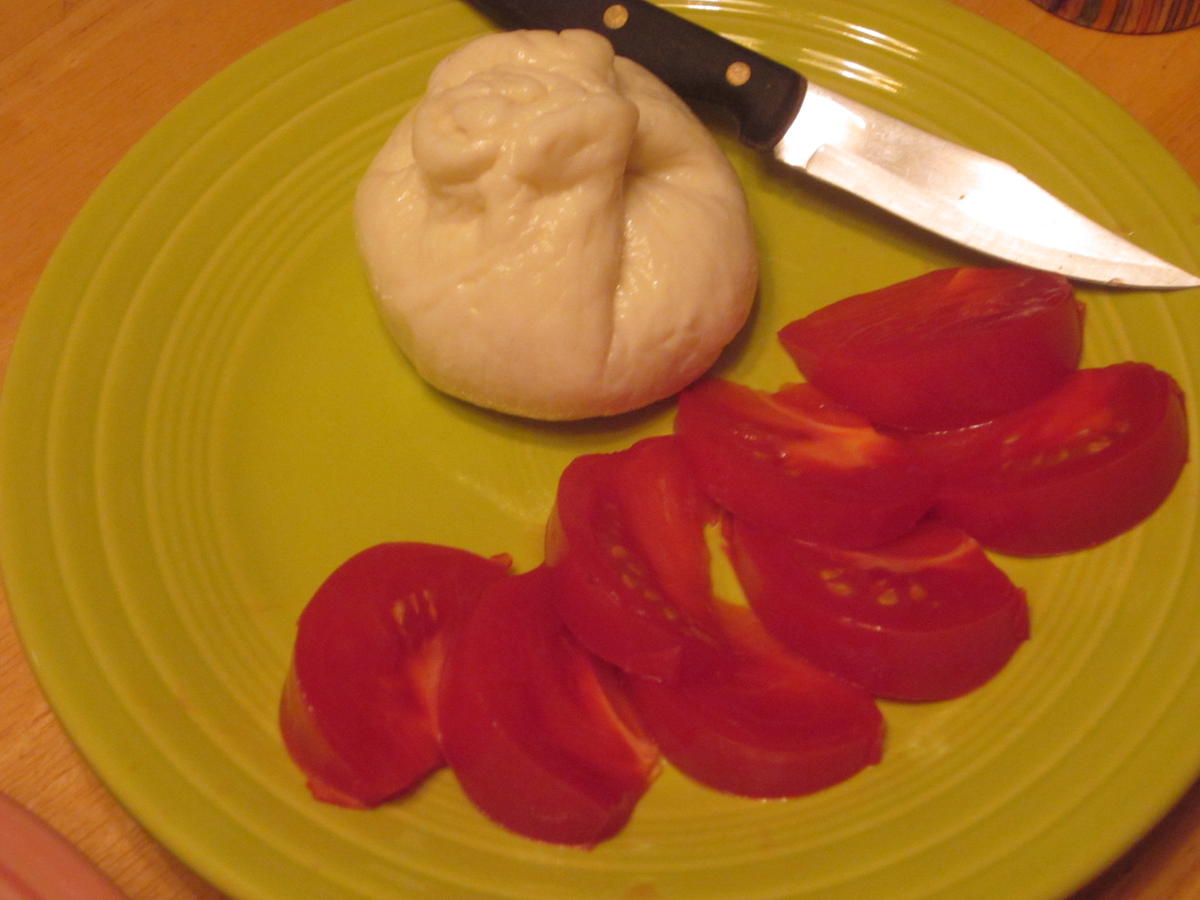 What a wonderful invention is the burrata! It's a native of southern Italy that is now being made in New England by Maplebrook Farm of Bennington, VT.

Great ideas can be born at any time. Like espresso, the burrata is an invention of the 20th century. The burrata was apparently developed as a way to use leftover scraps of fresh mozzarella: a piece of mozzarella is formed into a pouch, then stuffed with scraps of fresh mozzarella and topped up with cream. Then it is traditionally tied up with a green asphodel leaf - as long as the leaf is stil supple and green, you know the product is fresh. (I never discerned any appreciable flavor contribution from the leaf on the three occasions that I got to try the Italian version.)

Until very recently, to the best of my knowledge you could only get Italian burrata at Murray's in New York City, and on some Thursdays at the Salumeria Italiana in Boston's North End. Now that a version is being made locally, you can get a burrata at some Whole Foods markets and a few other top-flight cheesemongers, although it comes tied with a green ribbon rather than the traditional leaf.

The burrata is all about fresh creamy goodness, mild with a slight tang and a buttery richness (burrata means buttered). If that's something you like, then do make the effort to get a burrata, but... do not buy it on Thursday to serve on Sunday or you will have missed the super-freshness point!

What to drink with a burrata? Most wines would beat it up. I think a light prosecco or maybe a frizzante Principessa Gavi Perlante or a Frascati - something light and a little sparkly to give a lift to that unctuous creamy filling. I think I have to do some research...