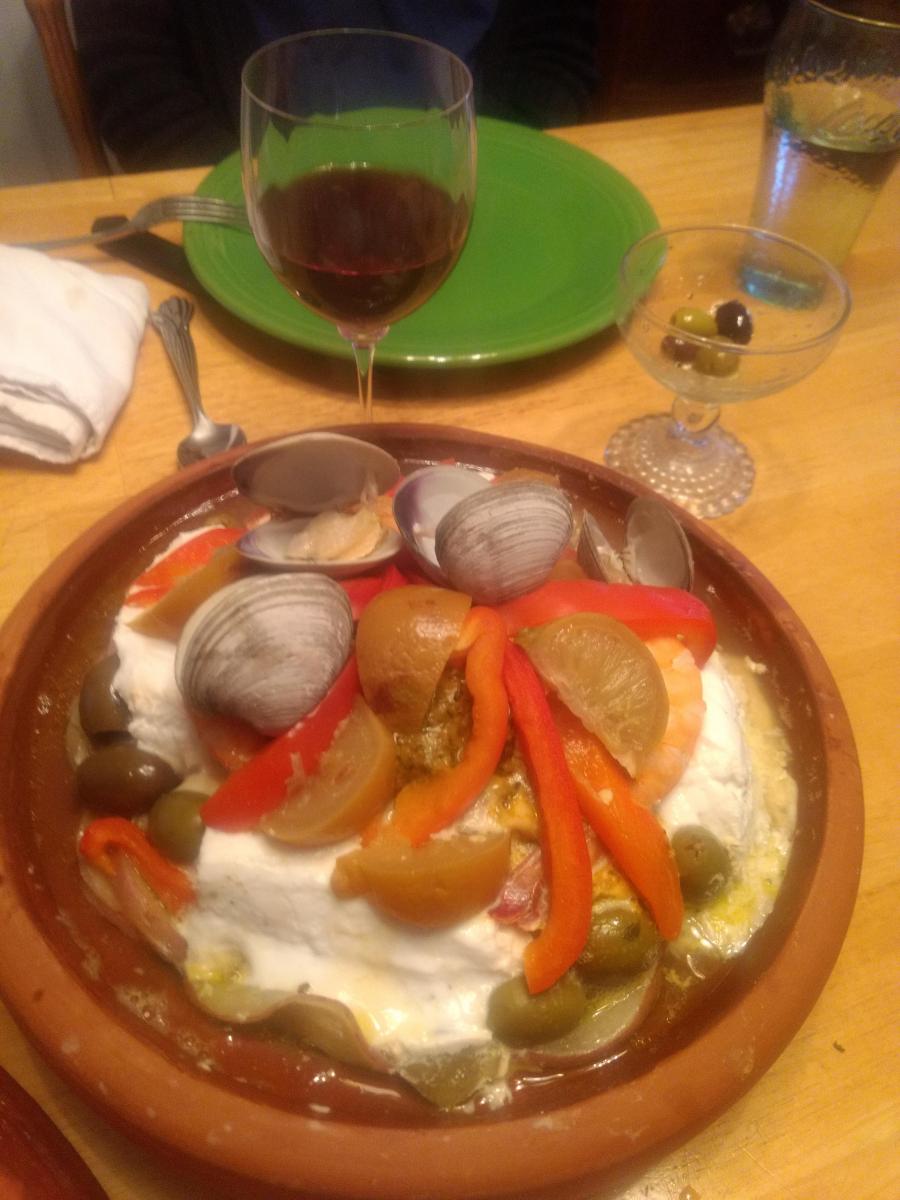 Our friends Owen and Brigitte were visiting from Germany. They'd been intrigued by my adventures in Moroccan cooking, and I had just added to my gear an authentic Moroccan terra cotta tagine schlepped all the way from Morocco by the mother of my friend Youssef! So that became the cornerstone of the dinner, but we wanted Brigitte to try some authentic New England treats as well, so we came up with this screwy menu:

The Moroccan recipes came from the collection of excellent Moroccan recipes by Christine Benlafquih at The Spruce Eats. The links above go to the recipes as I prepared them for this dinner.