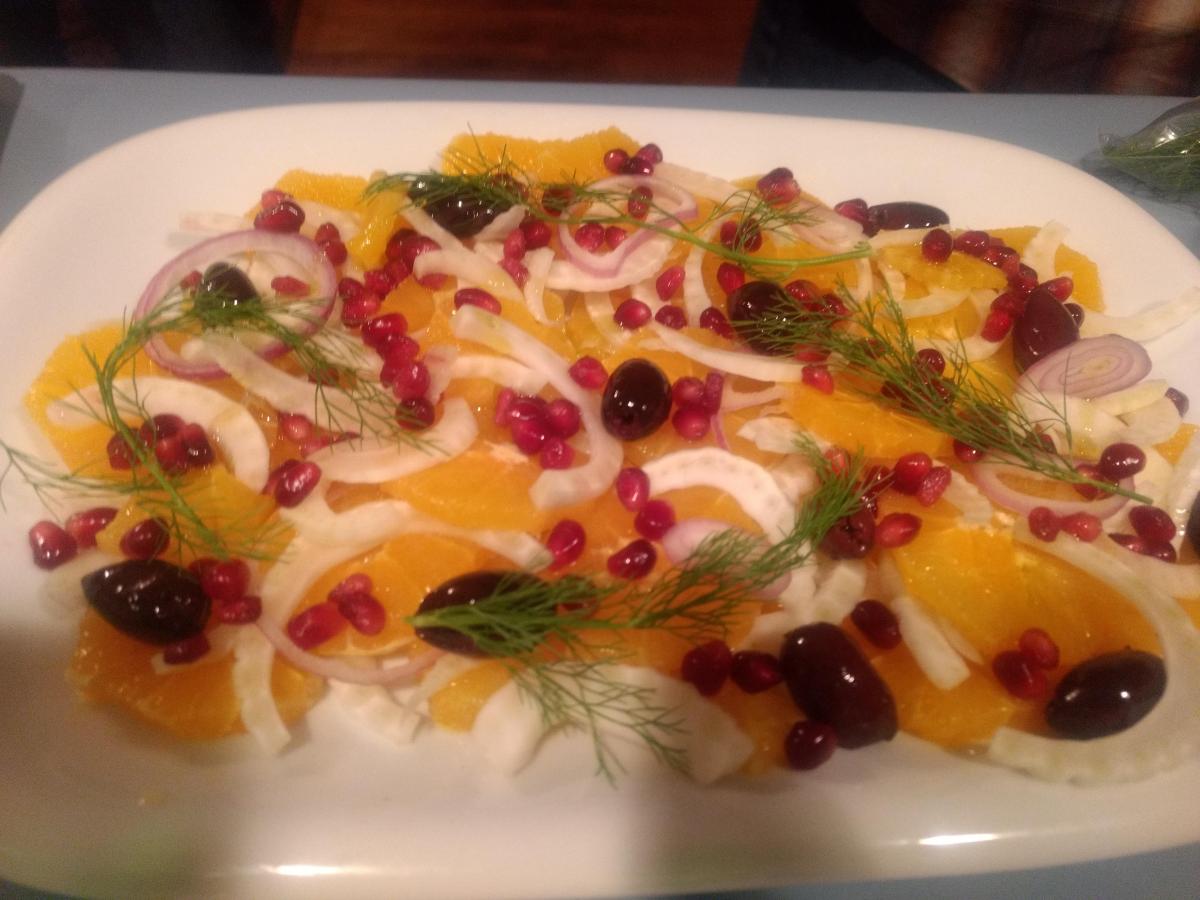 Deep in a cold New England winter, we had John and Christina over for a Sicilian feast to brighten things up. Most of these recipes came from a fine cookbook called Sicily, and most of these were dishes that we had enjoyed in Sicily. The Sicilian names are similar to Italian but not the same, for example "cu" for "con" - Sicilian is an old and proud dialect!

I list this as Eastern Sicilian because all of the showstopper recipes are from the Eastern and Southern slopes of Mount Aetna from Messina to Siracusa and west to the ancient Greek temples at Agrigento; someday I'll do a Western Sicilian dinner that touches on Palermo, Trapani, Sciaccia, and Marsala. 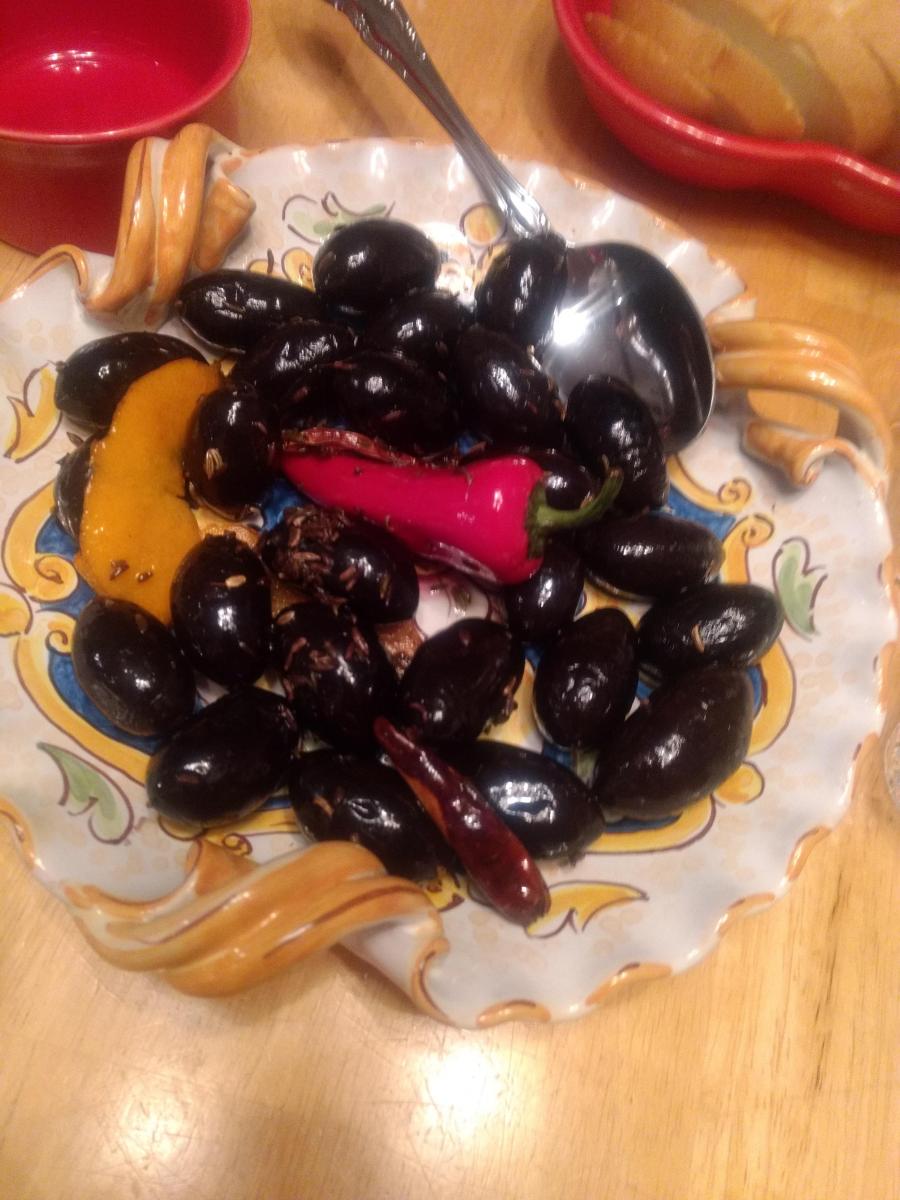 We started light with two appetizers before moving on to soup, salad, fish, meat, and dessert courses:

Then came the rest of the courses: Salad, Soup, Pasta, Fish, and Meat. 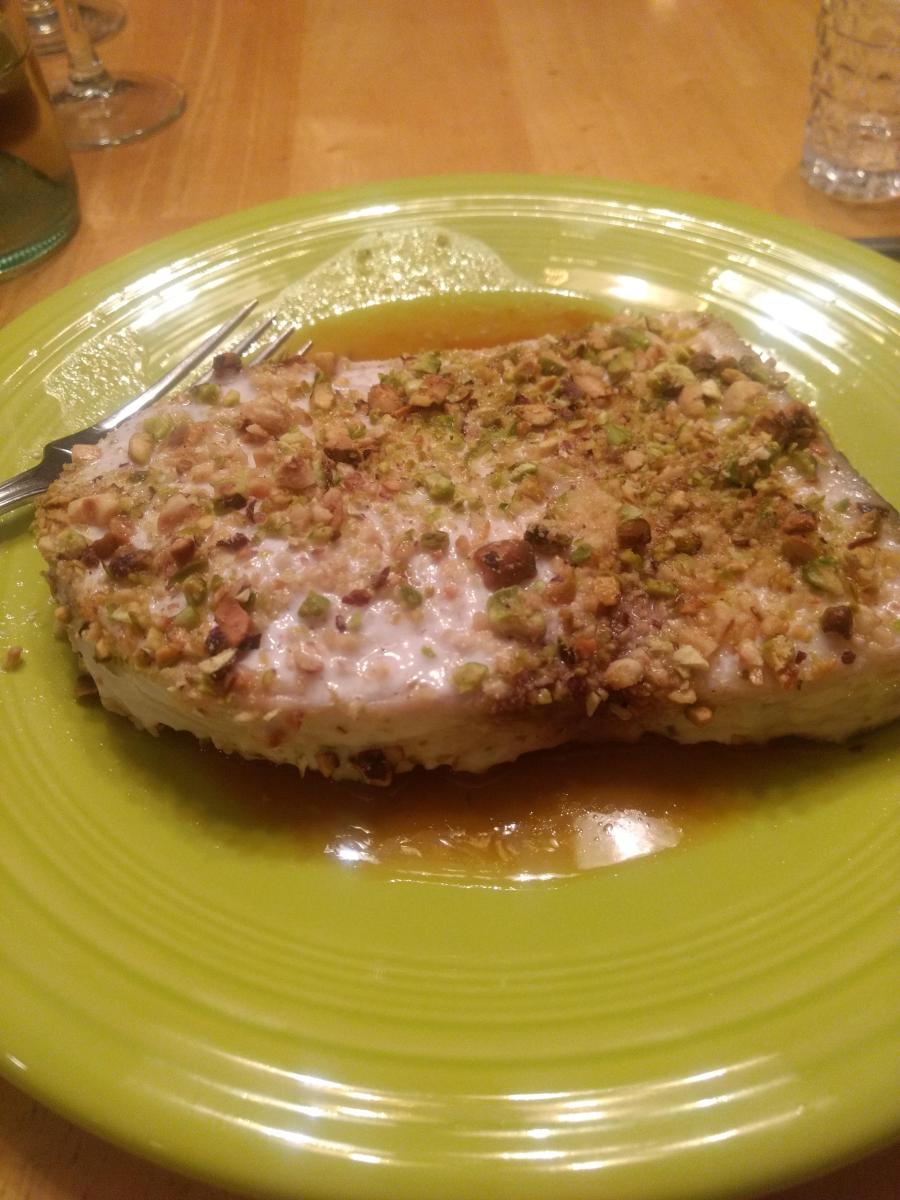