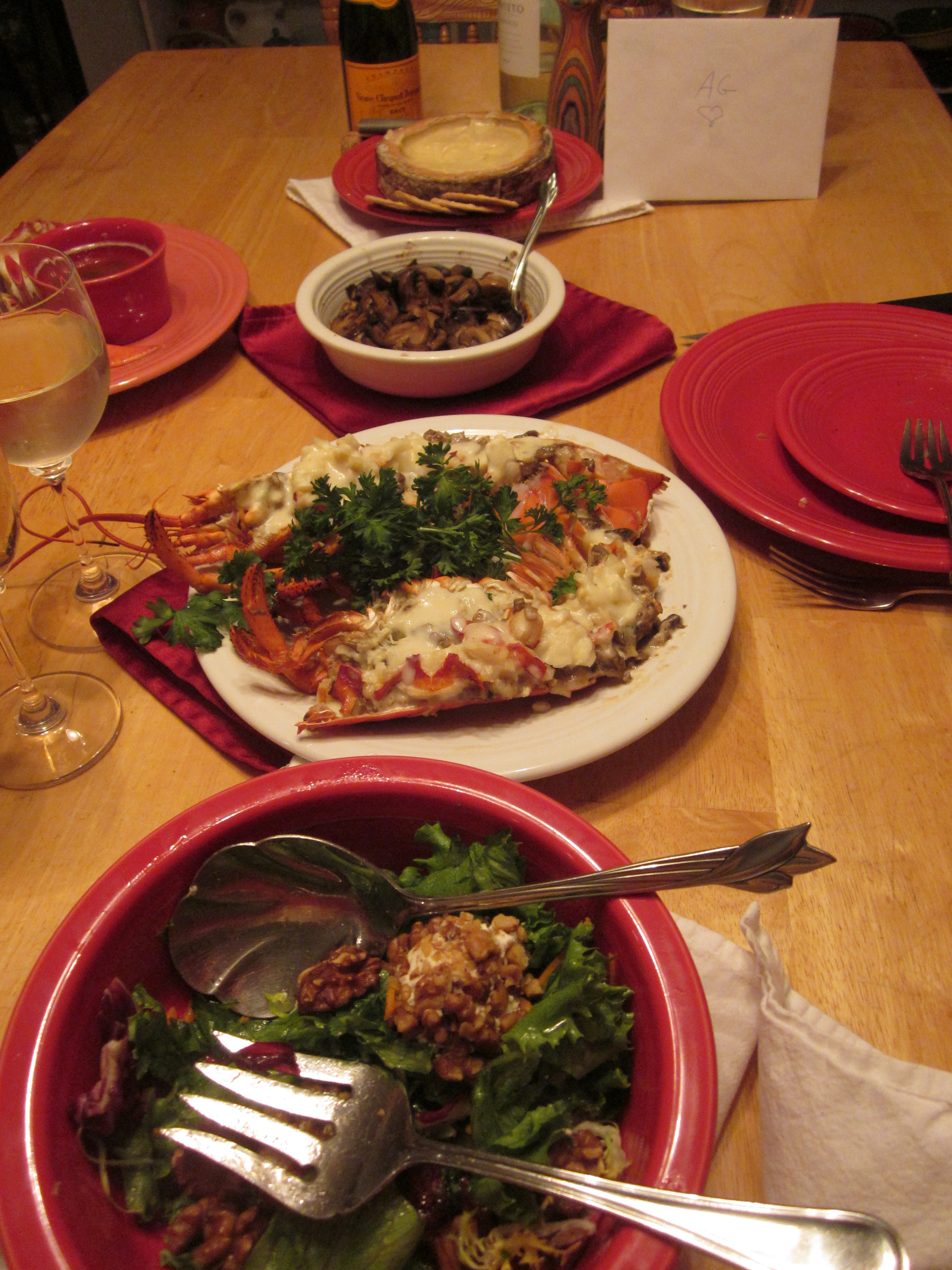 For Valentine's Day I wanted to make a special dinner, but it was a work day so it couldn't take all day to prepare.

I knew Lorna wanted lobster and champagne, so using that as a cornerstone, here's what we came up with: 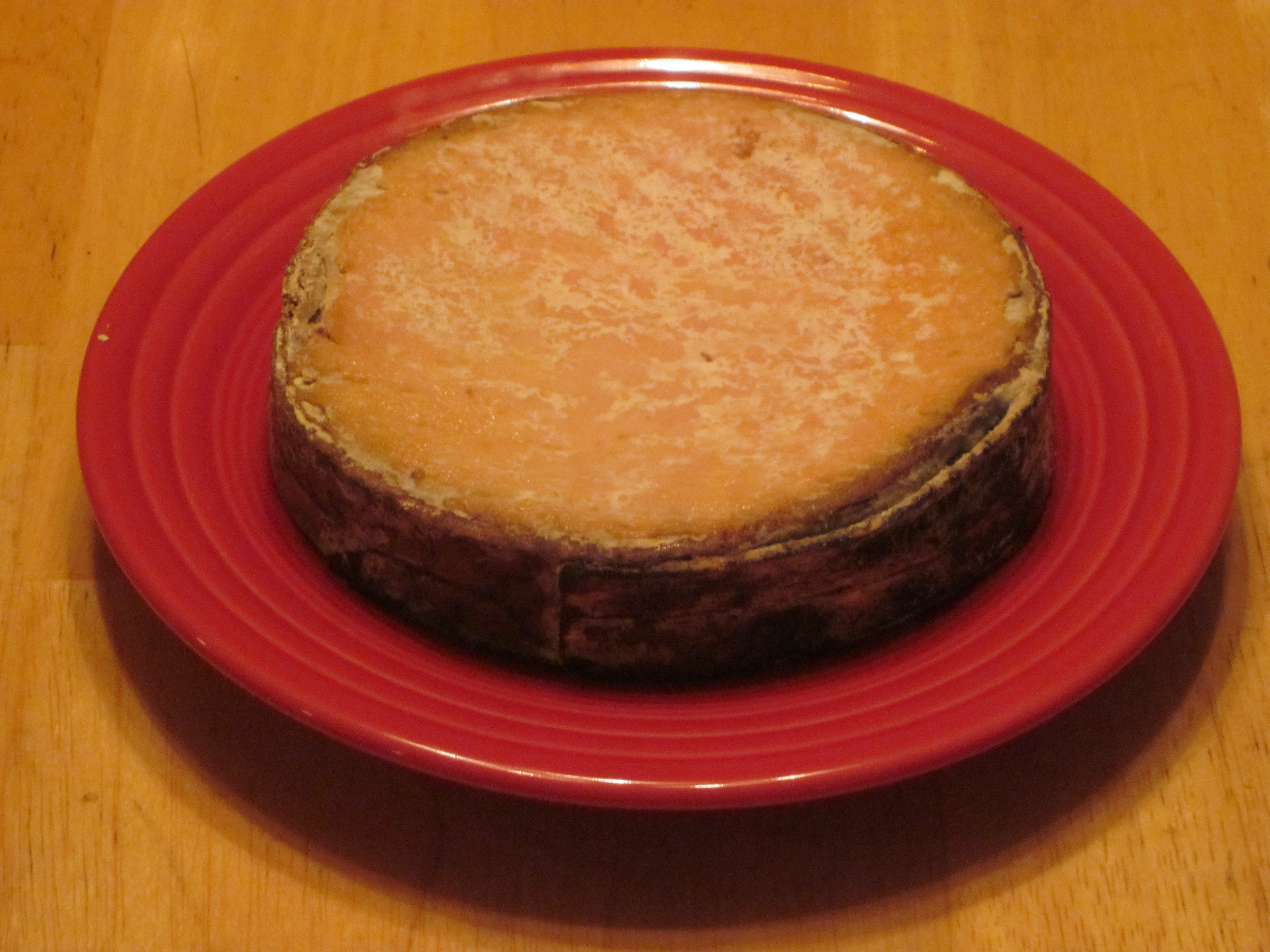 The Winnemere is my favorite washed-rind cheese and one of my top five cheeses in all the world. It is an earthy, rich, cow's-milk cheese banded in spruce bark. It has awesome complexity that rewards savoring and reflection.  You can buy it during the winter months at some Whole Foods Markets. It worked well with Veuve Clicquot. She was able to linger with the cheese while I prepared the lobster. 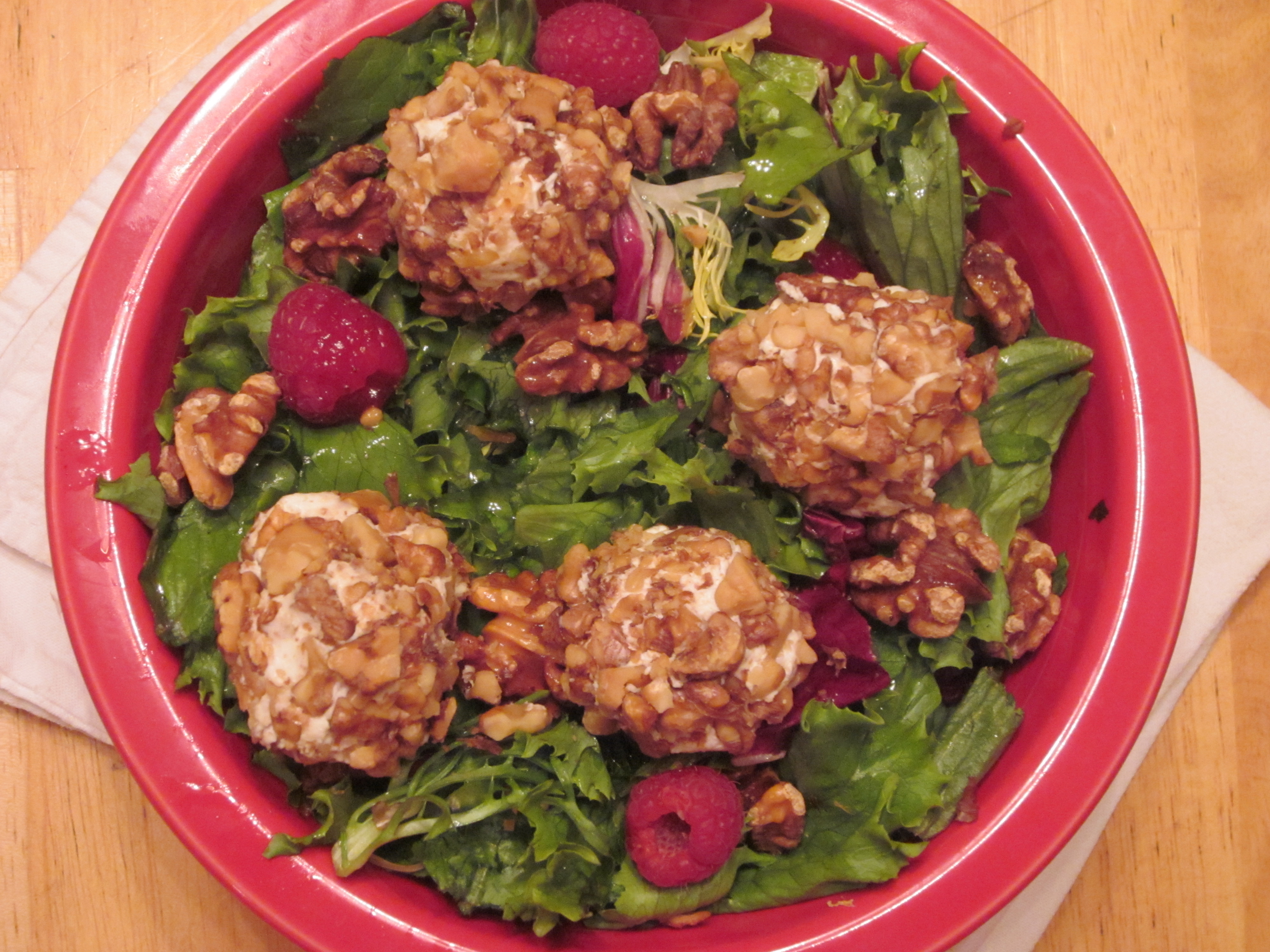 The salad was a simple but pretty affair of mixed greens from the supermarket topped with toasted walnut halves, a few fresh raspberries, and four balls of Vermont Butter and Cream goat cheese rolled in crushed toasted walnuts and lightly warmed.  It was dressed with a simple vinaigrette made with walnut oil and a delicious maple vinegar I had discovered on an earlier expedition. 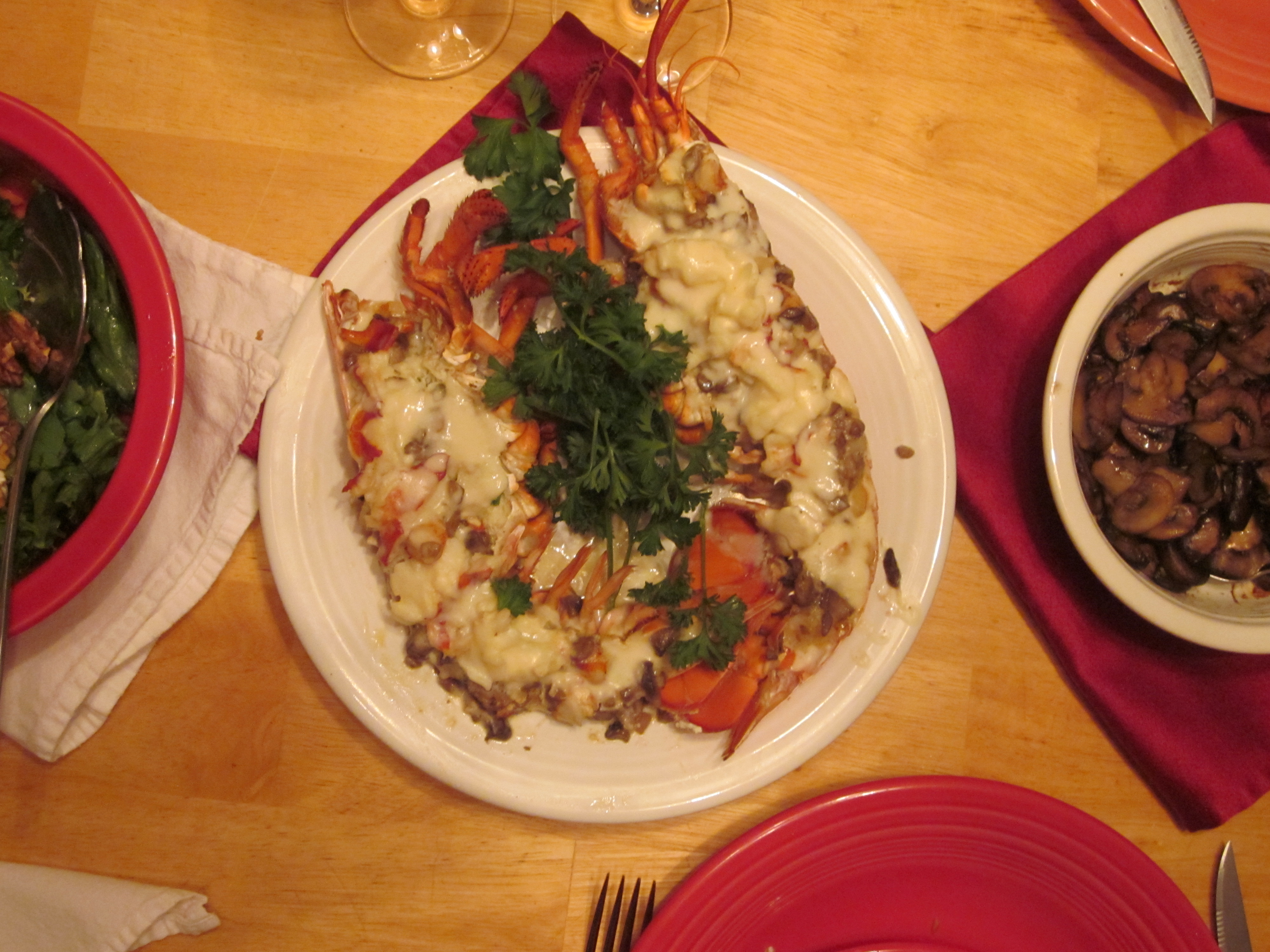 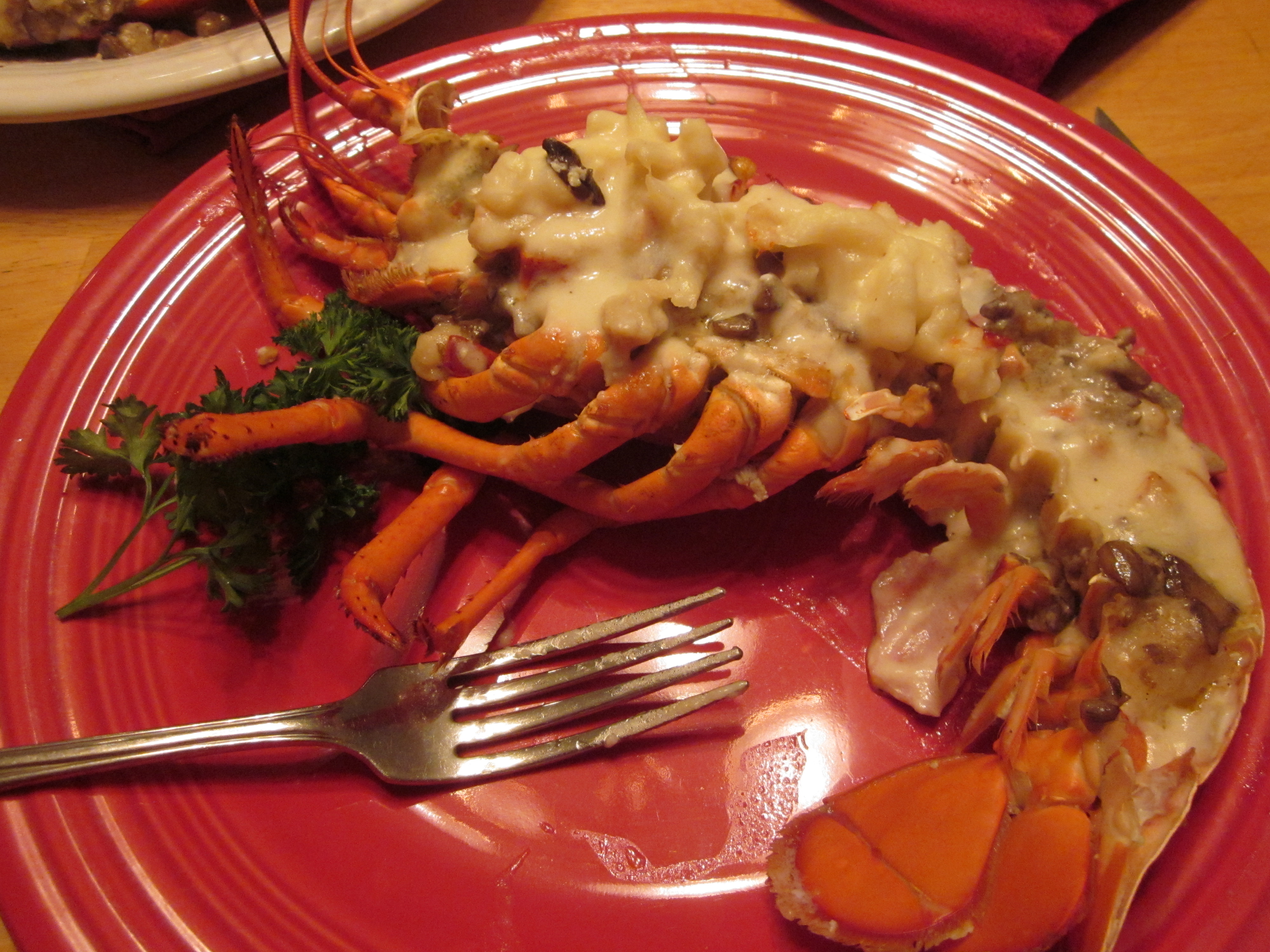 When made properly, the Cardinal Sauce should be pink in color from the inclusion of Lobster Butter at the end. Alas! Neither of our lobsters had any coral, so I could not make the lobster butter. So these photos show the sauce more white than it should be. When I make this again, I'll do it right! 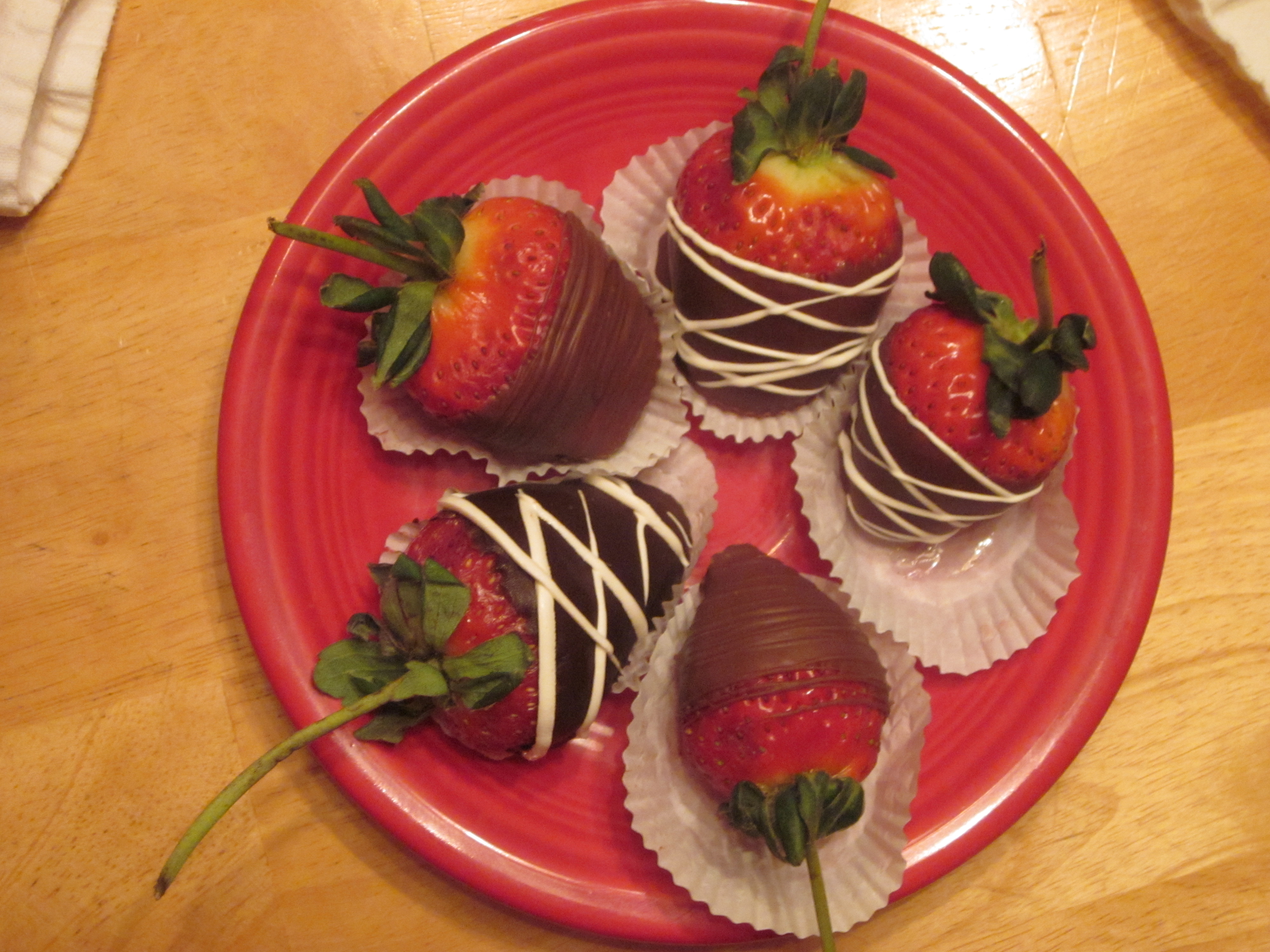 We finished with chocolate-dipped strawberries from Fedele's, our local chocolatier.  I had been greatly relieved to get the last two on that busy day at the shop, only to learn that Lorna had bought three more earlier in the day! She's not one to leave important things to chance on Valentine's Day...