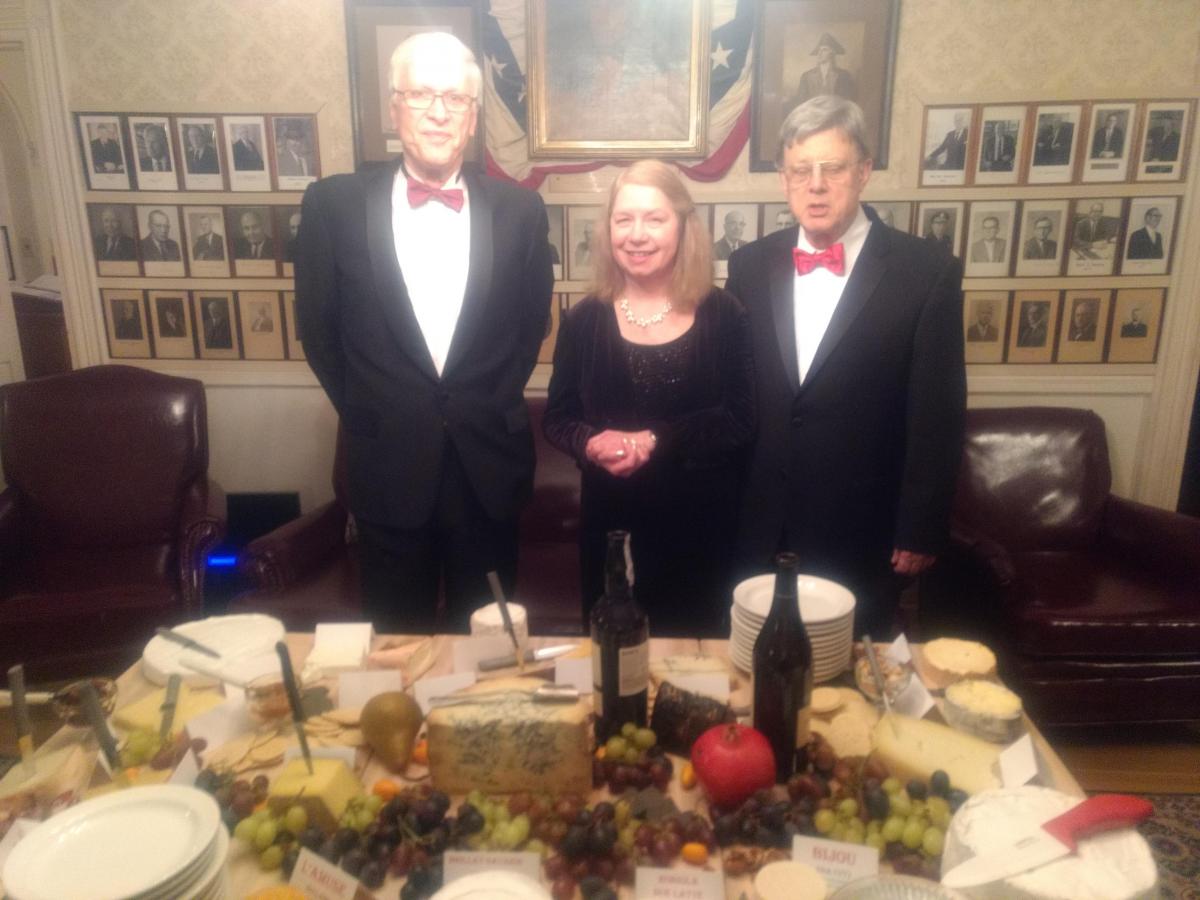 I've been a member of the Old Colony Club of Plymouth for a long time. We have great formal parties there, but none as grand as the one that we put on for the 250th anniversary of the club's founding on 13 January 1769.

The gala is modeled on a seven-course formal dinner that  might have been served in 1919, but it's all served cocktail-party style, with no need for knives and big plates and tables. That's important because we had about 100 attendees! 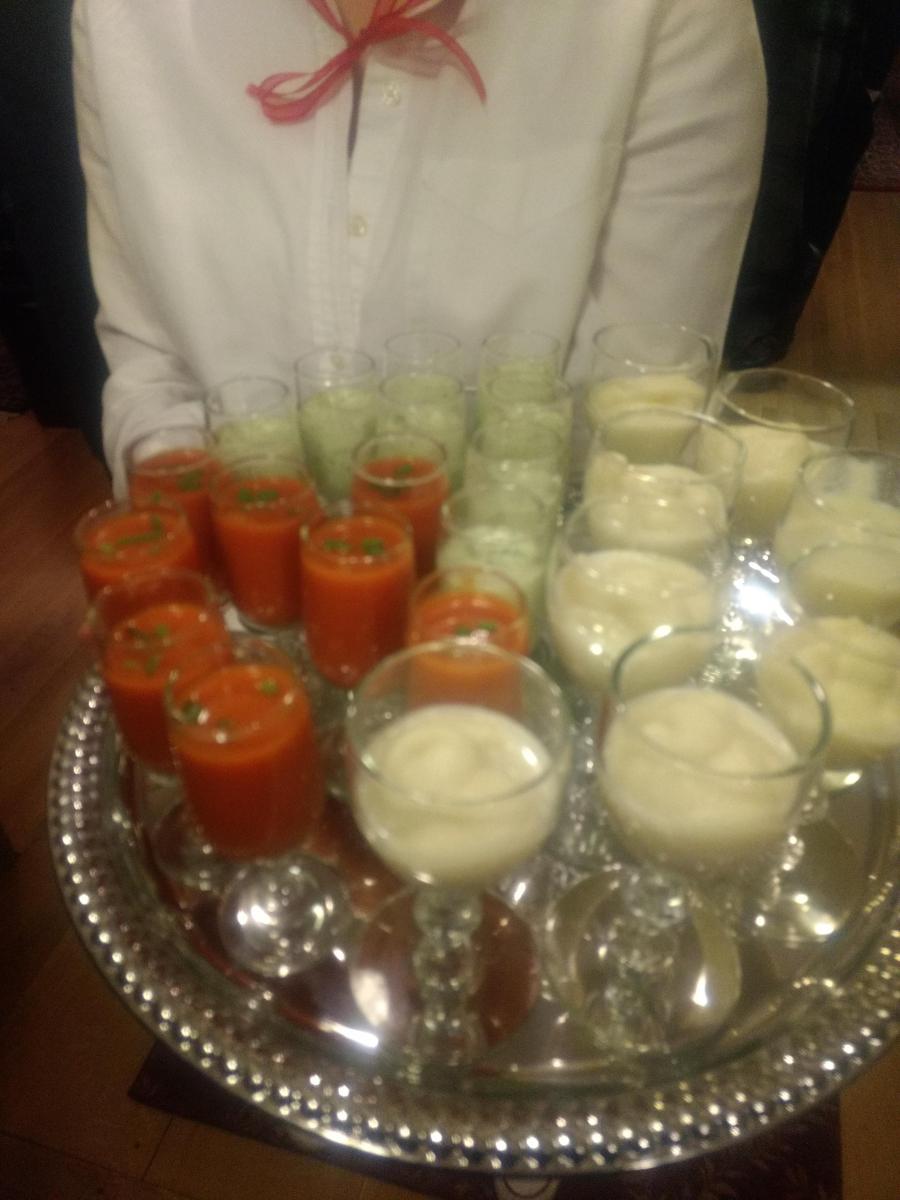 Before people arrived, we had set out:

This enabled early arrivals to explore and graze until the formal courses came up from the kitchen. 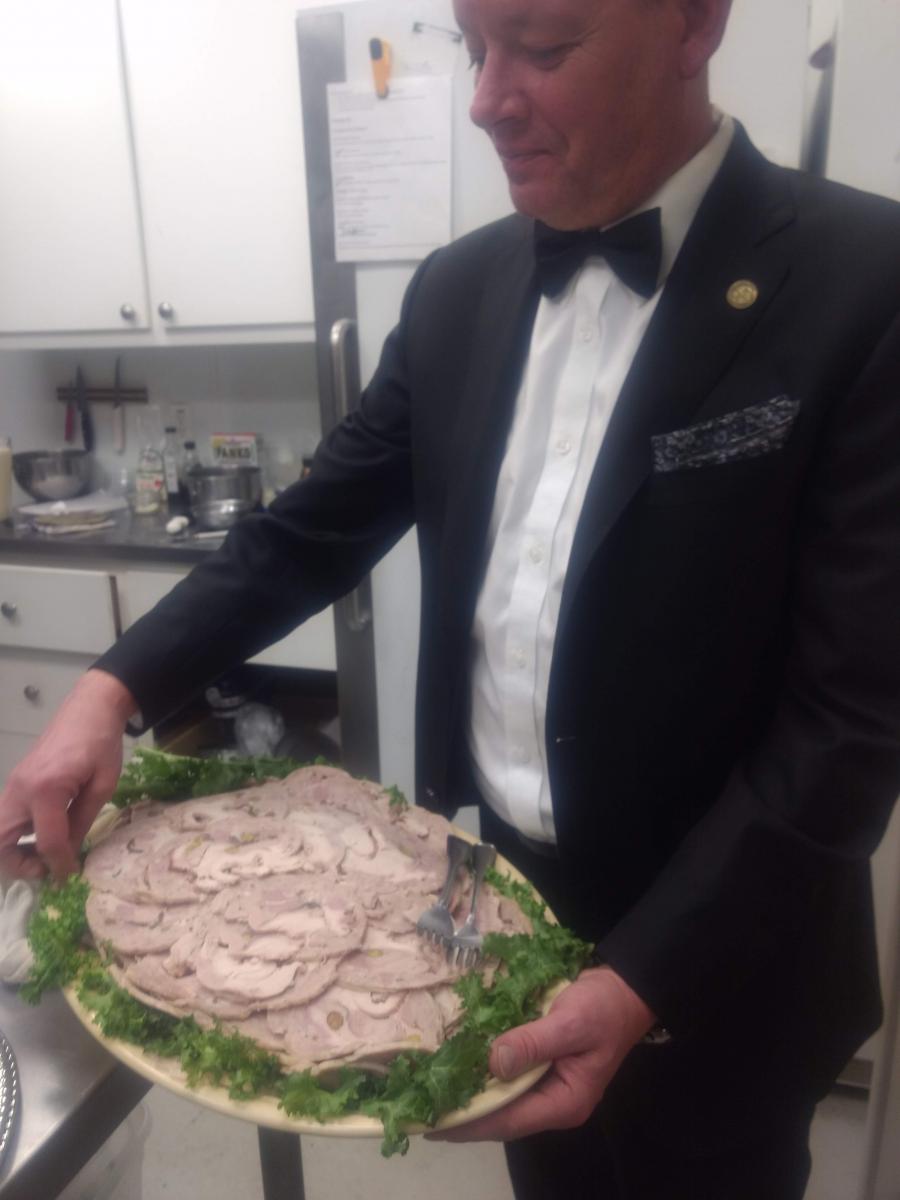