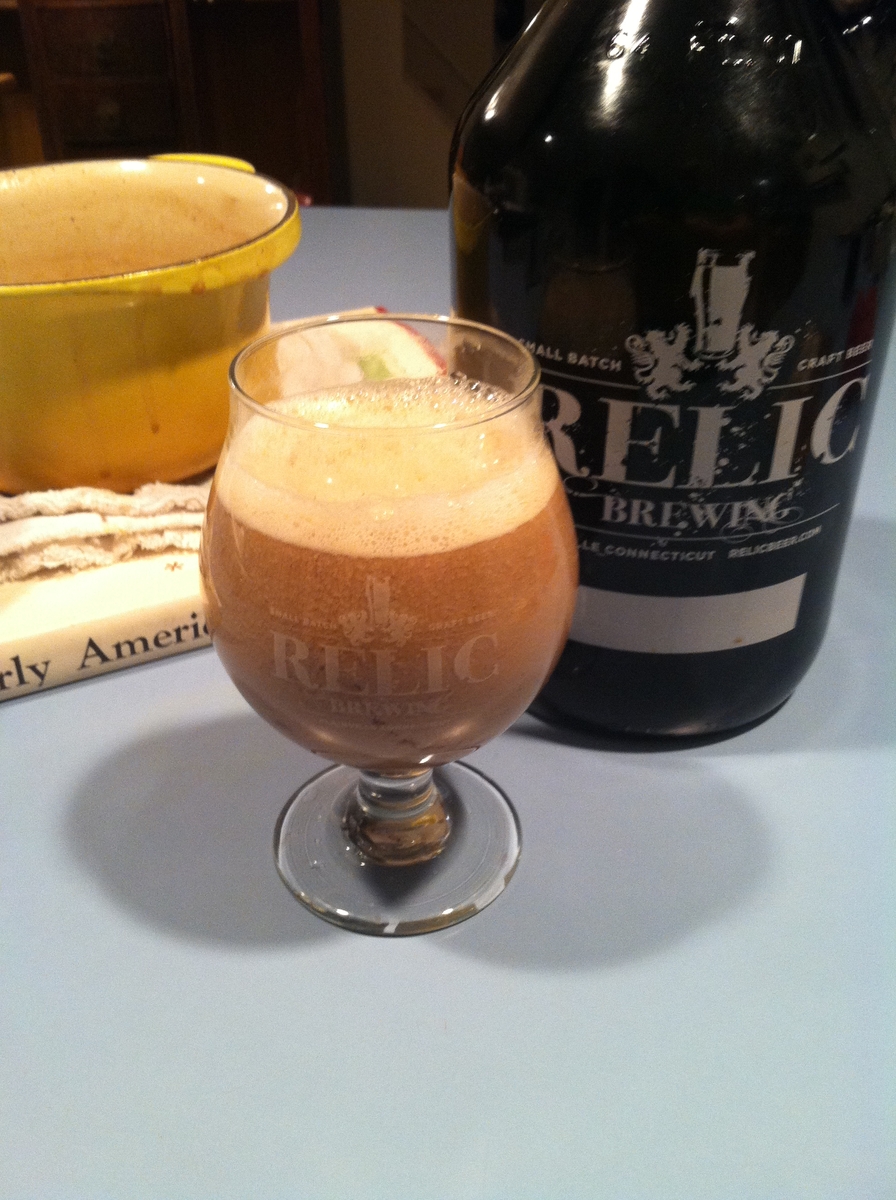 Flip is old drink, popular in Colonial times and into the 19th century (read about the FlipFest!), but out of favor now.

That's too bad, because it is a hot tasty alternative to the spiritless coffee, tea, or hot chocolate, but it hasn't the kick of a Hot Buttered Rum or a Hot Brick Toddy.

And it isn't hard to make; once you have done it once, you'll want to do it again!

It's basically sweetened ale thickened with egg and seasoned with nutmeg and rum. You can experiment with the type of ale (in this case Relic Brewing's Queen Ann, a 19th-century style brown ale) and Eight Bells Rum from New England Distilling.

The recipe came from an old book called Early American Beverages, adapted to a half-gallon growler size like you could get from your local brewer.  Make up a batch for a party!

Yield
8 Servings
Preparation time
10 minutes
Ingredients
64 oz Ale (one growler)
8 oz Brown Sugar
2 T Nutmeg
8 Eggs (beaten)
8 oz Rum (amber or dark)
Instructions
Notes
This is a rich, filling, warming drink. Each serving has an egg, 8-oz beer, an ounce of rum, and an ounce of sugar! You can make it in batches as small at a pint (with a single egg) but that's a lot of this rich beverage from an earlier day (unless you have been shoveling for an hour!)
Source
Early American Beverages